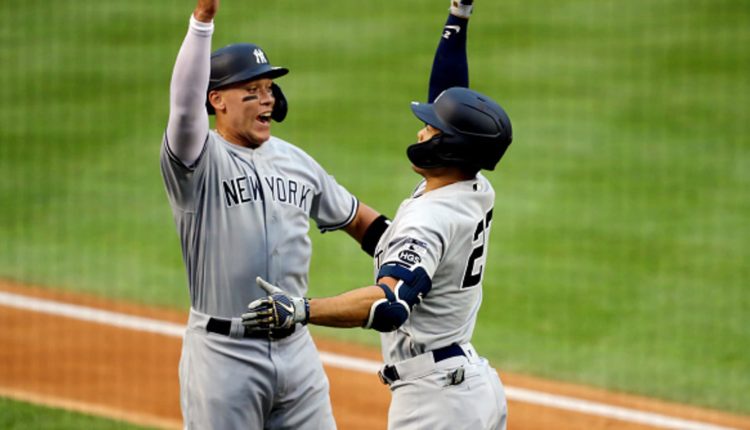 The most anticipated sports matchup on TV this Friday won’t be on TV.

Apple’s streaming service has exclusive rights to the Red Sox playing at the Yankees on Friday. The game has received attention not only because the Yankees are likely playoff-bound and playing their top rival, but also because their star slugger Aaron Judge is closing in on the American League home run record and could break it on Friday.

It’s a major test for Apple’s ambition to become a service for live sports and whether high-profile games can boost Apple’s subscriber numbers or serve other business aims, such as making Apple products more valuable to current users. Apple’s baseball broadcasts don’t follow a single team, instead opting for a marquee matchup or two each Friday night. But while it’s had high-profile games and big stars this year, this Friday will see the biggest star on baseball’s most valuable team chasing a decades-old record.

Sports broadcasts can be a powerful tool to attract users to new services. For instance, when Amazon Prime broadcast Thursday Night Football last week, it attracted the most new Prime signups over a three-hour period in the company’s history, outpacing big shopping days such as Black Friday, according to a memo seen by CNBC.

That said, pro football is still a much bigger draw in the U.S. than baseball. (Nielsen says that 13 million people watched Amazon’s NFL broadcast last week; 400,000 viewers is a good night for the YES network, according to the New York Daily News. Amazon is a part-owner of YES.)

When Apple started broadcasting MLB earlier this year, it said the games were free “for a limited time” but it has not yet started charging for access to baseball games. Currently, users only need an Apple ID — an account — but don’t need to pay $5 per month for Apple TV+. Even though the service is free, some users have expressed frustration about games not being on their normal channel with their normal broadcasters.

Anticipation for Friday’s game is so high that the Yankees home channel, YES, has unsuccessfully tried to wrest the broadcast back from Apple, the New York Post reported on Thursday.

Apple has never revealed subscriber numbers or viewers for any of its shows or broadcasts on Apple TV+. It’s taken a quality-over-quantity approach and focused on awards as a key metric to judge the success of its scripted shows.

In a break from its historical preferences, has made Apple TV+ apps for several non-Apple platforms, including Roku, Amazon’s Fire TV, Google TV, and game consoles, allowing its broadcasts to reach a wider market.

In addition to baseball, Apple also has a deal with Major League Soccer to exclusively broadcast its matches. But the NFL remains the biggest sports streaming prize. As CNBC previously reported, Apple has bid for NFL Sunday Ticket, a package of rights to out-of-market NFL games, competing against Amazon and ESPN parent Disney.

DocuSign to cut workforce by 9% as part of restructuring plan