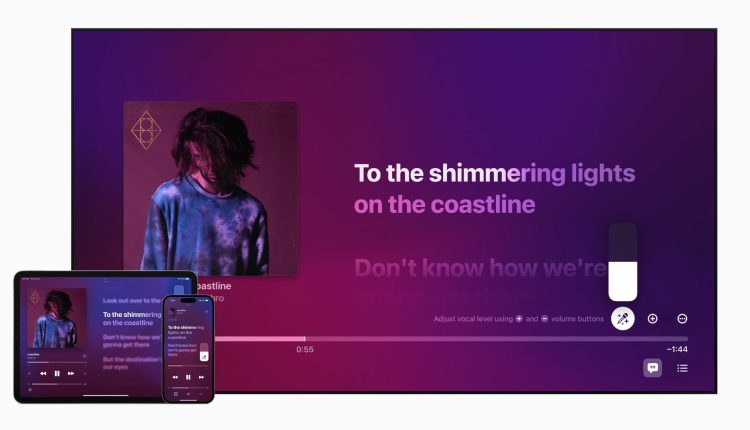 Apple on Tuesday announced a new karaoke service called Apple Music Sing that will be available to subscribers later this month.

Apple Music already has real-time lyrics, but Sing takes it a step further. Aside from giving you the lyrics on cue, the new feature has adjustable vocals which will let you duet with the original artist or sing solo. It will work with tens of millions of songs, Apple said.

Apple Music subscribers will be able to access Apple Music Sing on iPhones, iPads and the new Apple TV 4K.

Apple is also adding an accompanying playlist, which it says is a “suite of more than 50 dedicated companion playlists featuring all of the epic songs, duets, choruses, and anthems that have been compelling people all around the world to sing.”