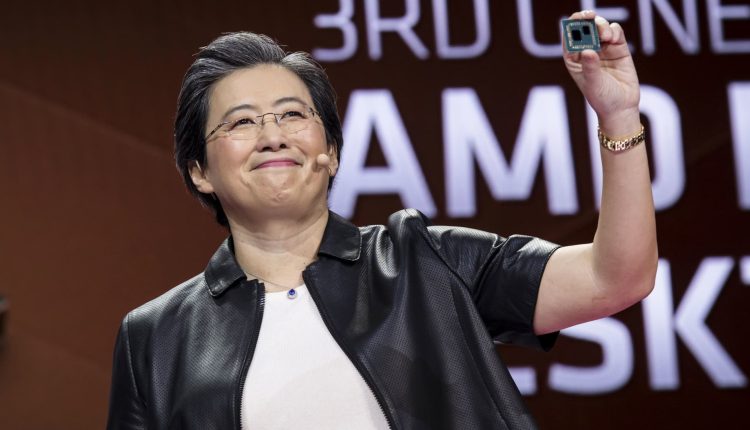 AMD shares were down more than 7% on Friday as investors digest the semiconductor’s disappointing preliminary third-quarter results Thursday that were well below its initial guidance.

The chipmaker cut its sales forecast on Thursday for the third quarter, blaming a larger-than-expected decline in the personal computer market and supply chain issues.

AMD now expects preliminary quarterly revenue of about $5.6 billion thanks to “reduced processor shipments.” That’s more than $1 billion below the $6.7 billion it had previously forecast as the midpoint of its revenue expectations for the quarter.

The company also said that its non-GAAP gross margin is expected to come in around 50%, while it had previously expected gross margin to be closer to 54%.

Several firms, including Piper Sandler, Stifel, KeyBanc Capital Markets and Mizuho Securities cut their price targets for AMD in notes to clients on Friday, though each of those maintained a buy or overweight rating.

Shares of other chipmakers like Intel and Nvidia were also down, each around 4%, as weak PC demand and supply chain issues could weigh on other semiconductor players.

Women are often told their fertility…

The UAE consolidates its leadership in…