Yannick Noah: “My dilettantism was a locker room posture” 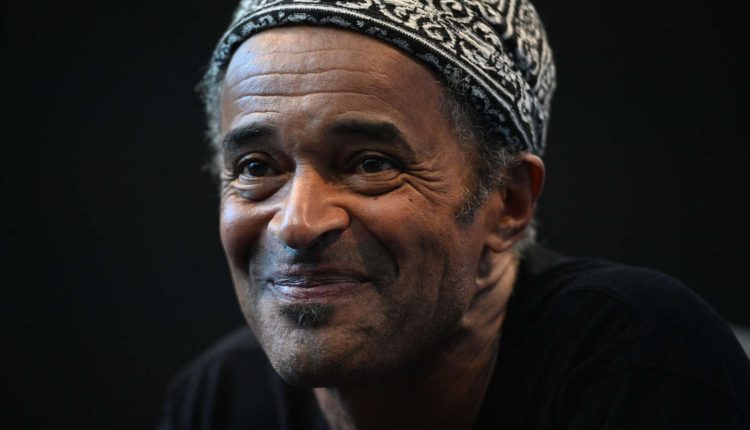 Maintenance“I wouldn’t have arrived there if…” Each week, “Le Monde” questions a personality about a decisive moment in their life. The tennis player turned singer looks back on his childhood encounter with player Arthur Ashe and on his recent return to the village where he grew up, in Cameroon.

In 1983, Yannick Noah was the unforgettable winner of Roland-Garros. Since then, the tennis player has become a singer and will release his twelfth album in September. At 61, he began a third life, that of chief of the village of Etoudi, in the Cameroon of his childhood. His astonishing journey is the subject of a documentary, Noah, the meaning of winningavailable from May 20 on Amazon Prime Video.

I wouldn’t have come here if…

… If I hadn’t met Arthur Ashe, one day in 1972. In Cameroon, we didn’t have TV, but, in the magazine French Tennis, I had seen this American player who I looked a bit like. At the time, for us Africans, black Americans were supermen. It was the imported discs, the black power, fist raised at the Olympic Games… Arthur had class, presence, an aura. My tennis outfits, no matter how much we washed them, they immediately became reddish with the earth. His were white. A sign of power for the child that I was.

So that day, a group of American tennis players stopped in Yaoundé. They are on tour in West Africa, playing matches in the evening and afternoon, exchanging balls with the local kids. I’m part of. I’m the only non-white kid in the club. All schoolchildren are invited, I go last, I have not yet touched a ball that the public is screaming. I am only 10 years old and I represent Cameroon! Arthur Ashe sees that I type, that I play, he is quite hallucinated. He will speak in English with my family. I hear Mom say to Dad: “They want to take him away!” So I was a good player? For me, Arthur instantly goes from hero to God. He gives me his racquet. The next day, at the airport where I ask Dad to drive me, he writes in English on a poster: “ For Yannick. See you at Wimbledon. Six years later, my coach receives a telegram: Arthur has asked for an invitation for both of us, it’s accepted, I’m going to play doubles with him at Wimbledon. It was crazy!

You are 3 years old when your parents return to Cameroon. Your father, Zacharie, professional footballer in Sedan (Ardennes), ended his career after a serious injury. Your mother is a teacher. How did tennis take precedence over school during your childhood in Etoudi?

I love it, school, I’m a year ahead. But it stops at 4 p.m. Every afternoon, I am at the tennis club. My parents spend their lives there and have become tennis enthusiasts. Dad is in the national team, Mom is several times champion of Cameroon. She’s a competitor, a brawler, her game sucks, but she never gives up! And I encourage it. From the age of 8, I started playing with other kids, having Cameroonian tennis teachers. At school, there is football, but in tennis, there are girls… So, it’s dragouille, it boasts. I play all the time, I like it. Quickly, I am quite comfortable with the racket.

You have 77.26% of this article left to read. The following is for subscribers only.

Ligue 1: in Saint-Etienne, the “savior” Pascal Dupraz plays his…

FC Barcelona, ​​the new stronghold of women’s football in Europe

Wimbledon ready to become a simple gala tournament, for having excluded Russian and…

Amélie Oudéa-Castéra, close to Macron at the Ministry of Sports and the Olympic and…