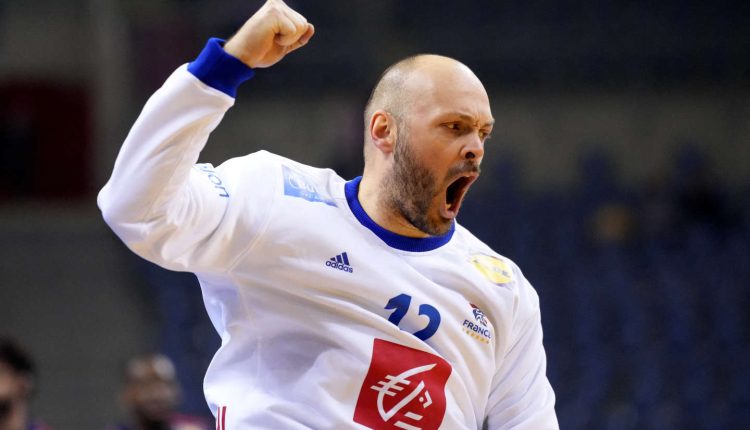 It sometimes happens that the value expects the number of years. Since the start of the World Cup, which takes place in Poland and Sweden until January 29, Vincent Gérard, 36, has achieved a high-flying world championship. After his 15 stops against Montenegro, the doorman of the Blues managed 16 parades against Spain, or 41% success, an exceptional level. On Wednesday January 25 at 8:30 p.m., he will once again be on the front line against Germany for a highly anticipated quarter-final, a classic between two great handball nations.

” He is an effective goalkeeper. As he has a great game intelligence, his movements are fair, without useless gesture. Above all, he knows how to be present in hot moments”, summarizes Jean-Luc Kieffer, coach of the goalkeepers of the France team.

Sometimes criticized for his irregularity – he had missed in the semi-final of Euro 2022 against Sweden, the future winner –, Vincent Gérard seems at the top of his game, finally appeased. It is true that the outbreak of Messin was late in the France team, where he remained for a long time in the shadow of Thierry Omeyer, the most successful goalkeeper in the history of handball with ten gold medals.

With exceptional longevity, the current general manager of the handball section of Paris Saint-Germain (PSG) wore the blue jersey until 2017, at the age of 41. Vincent Gérard then became the incumbent, at 31, an age when other athletes hang up their sneakers.

Read also: Handball World Cup 2023: “Blaugranas” at the service of the Blues

Between the Lorrain and the Alsatian, the filiation is obvious, even if the departure of Vincent Gérard from PSG, in 2022, could suggest that the relationship between the two men was distended. In August 2021, the Parisian club had created the surprise by announcing the replacement of Vincent Gérard and Yann Genty, the two goalkeepers of the France team, by the Dane Jannick Green and the Swede Andréas Palicka. “My departure for Saint-Raphaël was misinterpreted, would like to clarify Vincent Gérard. I did not leave angry from PSG. I waited a long time for an extension proposal which did not come, and that saddened me, but I always enjoy returning to PSG, where I have many friends. »

At the Balkan school

Their relationship has its source in Montpellier, where they both evolved, a few years apart, under the direction of Branko Karabatic, the goalkeeper coach of the Hérault club, who died in 2011. Selected 42 times under the Yugoslav flag , the father of Nikola and Luka marked a whole generation of goalkeepers in France. “He influenced us a lot. recognizes Jean-Luc Kieffer. We were first inspired by the Yugoslavs, who raise their legs very high on the six-meter parries, then by the Scandinavian goalkeepers, who are used to keeping their feet on the ground. Our style is a mixture of these two schools. »

You have 46.94% of this article left to read. The following is for subscribers only.

America shoots down the Chinese…