World Cup in Qatar: from Strasbourg to Paris, these cities which refuse to broadcast the World Cup 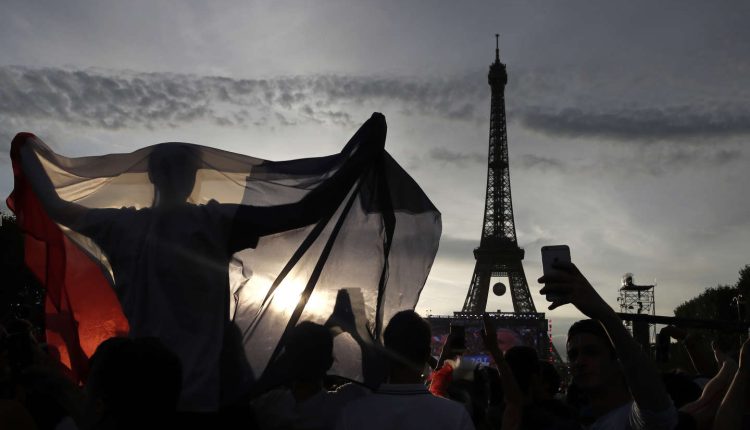 Cities spearheading the boycott of the FIFA World Cup in Qatar! More than a month before the start of the competition, organized from November 20 to December 18 in the emirate, the list of municipalities refusing to publicly broadcast the matches continues to grow.

Latest rebel to date: Paris. “For us, there was no question of installing match broadcast areas for several reasons: the first is the conditions for organizing this World Cup, both in terms of the environment and the social aspect; the second is the temporality, the fact that it takes place in December”, confirmed to AFP on Monday the assistant in charge of sport, the former rugby international Pierre Rabadan. The same day, Olivier Bianchi, the socialist mayor of Clermont-Ferrand, assured on Twitter that he ” not’[avait] never been questioned” that any fan-zone be installed in the prefecture of Puy-de-Dôme, where 40,000 people had gathered in Place de Jaude, on July 15, 2018, for the final of the last World Cup.

It was never in question. https://t.co/aVa8eMP8ZM

Before the capital, Strasbourg, Lille, Marseille, Bordeaux, Nancy, Reims and Rodez had already noted the absence of a giant screen and fan-zone, no matter for some the course of the French team. The reasons put forward relate first to the social and environmental conditions of the organization of the event. The construction or renovation of eight stadiums in record time in an area no larger than the Gironde mobilized hundreds of thousands of foreign workers, mainly from Asia and victims of much mistreatment.

Dozens of deaths on construction sites

While the official death toll is only three, the International Labor Organization (ILO) reported in a report that fifty workers lost their lives as a result of workplace accidents in Qatar in 2020 and five hundred seriously injured. An underestimated figure due to shortcomings in the census of accidents. A survey published in February 2021 by the British daily Guardian counted nearly 6,500 construction victims (stadiums, roads, hotels, etc.), from India, Pakistan, Nepal, Bangladesh and Sri Lanka.

Read also: Article reserved for our subscribers World Cup in Qatar: “Participating is not condoning, unless you just participate”

“I would really have the impression, if Bordeaux hosted these fan-zones, of being an accomplice” of “this sporting event, which represents all humanitarian, ecological and sporting aberrations”, justified Pierre Hurmic (Europe Ecology-The Greens), the mayor of Bordeaux. Ecology is among the other grievances in support of the boycott – the pinnacle being the installation of giant air conditioners in the compounds erected in the middle of the desert. “This competition has gradually turned into a human and environmental disaster, incompatible with the values ​​that we want to see carried through sport and especially football”, lamented the socialist councilor of Marseille, Benoît Payan. The mayor of Lille, Martine Aubry (Socialist Party), launched a “Nonsense with regard to human rights, the environment and sport”.

On the organizational side, some elected officials say they anticipate the energy cost of installing giant screens in public spaces, in the middle of winter and at a time when the French are encouraged to reduce their gas and electricity consumption as much as possible, to limit the risk of shortages following the war in Ukraine. “At a time when the public authorities are asking (…) to reduce [la] energy consumption, such installations would give rise to legitimate misunderstanding (…) for one of the most controversial events in sports history.”considers the mayor of Reims, Arnaud Robinet (Horizons).

“You cannot call your fellow citizens to sobriety and yourself be complicit in energy aberration of this nature”abounds the Bordelais Pierre Hurmic, adding that “Those who awarded the World Cup to Qatar in 2010 were light years away from energy sobriety”. The municipality of Nancy also emphasizes the ” gap “ of “the use of air-conditioned stadiums during this World Cup (…) with the challenges of ecological transition” and called on international bodies to “seriously review the rules for awarding the next World Cups” in order to “to integrate these issues” of “sobriety” and of “respect for human rights”.

Initiated in France by Strasbourg on September 26, in the wake of similar decisions taken by several large municipalities in Belgium, the protest movement could continue to snowball in France. Montpellier, Nice, Toulouse or Lyon have not yet taken a position. In Nantes, the municipal group Europe Ecologie-Les Verts, opposed to “this cup of money and oil”calls in a press release published on September 30 to “ not organize any event related to it, including by not offering any retransmission in the public space”.