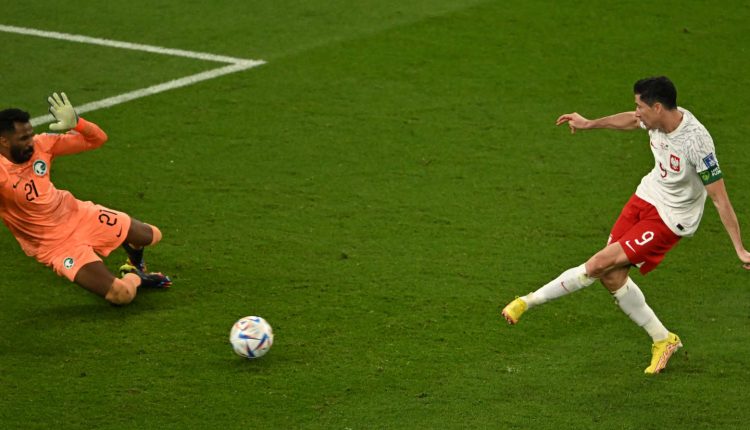 Him in front, all the others behind and God for all. The tactic seems basic, but the very Catholic Poland believes in Robert Lewandowki and expects from him one or more miracles to kick out of the World Cup a France team given as favorite before this round of 16, Sunday, December 4 at the Stade d’Al -Thumama, in Doha.

In a World Cup, the Poles have not crossed paths with the Blues since a victory (3-2) in a match for third place that already smelled of holidays in Alicante on July 10, 1982. Born six years later in Warsaw, Lewandowski did not have the chance to evolve with a ball provider of the talent of Zbigniew Boniek, to combine with Grzegorz Lato (top scorer of the 1974 World Cup) or to form a lethal doublet with the legend of Auxerre :Andrzej Szarmach.

Read also: Qatar 2022: the “unofficial” profile of the Polish team

On Qatari lawns, the second in the 2021 Ballon d’Or ranking experienced a few moments of solitude. Against Argentina, Poland parked their car in front of their penalty area and left their star to fight (too much) alone among the Albiceleste defenders. Result, a 2-0 defeat, no shots for “Lewi” and a match to say that center forward of such a team, it is not necessarily a good situation. Even when you are the current top scorer in the Spanish league with Barcelona.

After the meeting, his coach pleaded extenuating circumstances for his great Robert. “If our team had had possession, if we had had Messi, Lewandowski would have scored five goals. He must be assisted”, explains Czeslaw Michniewicz. Despite qualifying, the bespectacled technician suffered criticism for the restrictive game offered, even during the only victory against Saudi Arabia (2-0).

That day, Robert Lewandowski unblocked the situation of a decisive pass love for Piotr Zielinski before, finally, unblocking his counter in the World Cup, blocked since his first appearance in 2018. The few tears dropped indicate the frustration felt and evacuated – especially after his missed penalty against Mexico four days earlier – for a boy little known for his sentimentality.

“He has an extraordinary finish”

For his part, Michniewicz assumes this restrictive style and leaves to his predecessor, the Portuguese Paulo Sousa, whom he replaced at short notice at the start of 2022, the short ball outings and the shimmering dreams of the game. A more ambitious model, but not necessarily in phase with the Polish pool, and which had been sanctioned by elimination in the first round of Euro 2021, despite three goals from Lewandowski.

You have 60.28% of this article left to read. The following is for subscribers only.