World Cup 2022: almost eliminated but proud of its football, Wales dreams of bringing down England 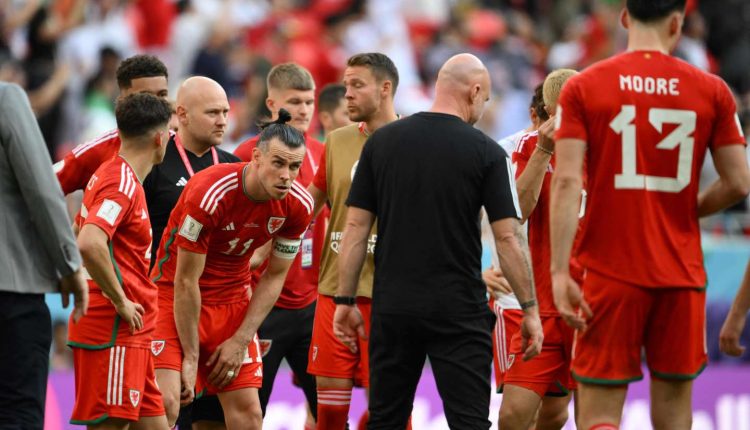 Is there a sweeter sight than a defeat for the England team? Joy deeper than a failure of the Three Lions? For John Morgan, supporter in front of the eternal Wales, whose team faces England on Tuesday November 29 at the World Cup in Qatar, nothing could exceed such a dream. “A scenario in which we lost our first two games against Iran and the United States but beat England would make me happy. »

We would come (almost) to feel a (slight) twinge in the heart for the English. Each time, everyone is against them. Scotland and Ireland only want their defeat. France loves to see the hereditary enemy bite the dust. And the rest of the world often goes in the same direction.

Tuesday evening, three million Welsh will therefore hold their breath, crossing their fingers for a miracle to occur. Nobody really has any illusions. The English are stronger. Wales, with aging star Gareth Bale (33), hardly impressed in their opening two games – a 1-1 draw against the United States, a 2-0 loss against Iran. Its elimination is probable, except for an incredible scenario: England would have to be beaten while the other two teams in this group B would leave in a draw; or, more improbably, the Welsh should win 4-0.

Read also: Qatar 2022: the “unofficial” sheet of the Wales team

But whatever. “You have to know how to dream”, laughs John Morgan. For him, as for all the “sock wearers”, this red, yellow and green headgear worn by Welsh supporters, the joy is already deep. For the first time since 1958, their team qualified for a World Cup. “It makes me so proud to see Wales finally recognized around the world as a nation in its own right”smiles the 32-year-old teacher.

Evan Powell, another ardent Welsh supporter, confirms: “We are a very small nation, which should be of no importance to the English. And yet, they hate us, they laugh at our language, our accent, our union with them has made us suffer so much. Thanks to this World Cup, we were finally able to show the whole planet that we are a separate entity, with our own culture. »

Surprising course than that of the Red Dragons. Wales is a rugby nation, which regularly shakes the best in the world of Ovalie. The Millennium Stadium in Cardiff is a cauldron feared by the most valiant adversaries.

You have 52.39% of this article left to read. The following is for subscribers only.