Women’s Basketball World Cup: the French eliminated by China in the quarter-finals 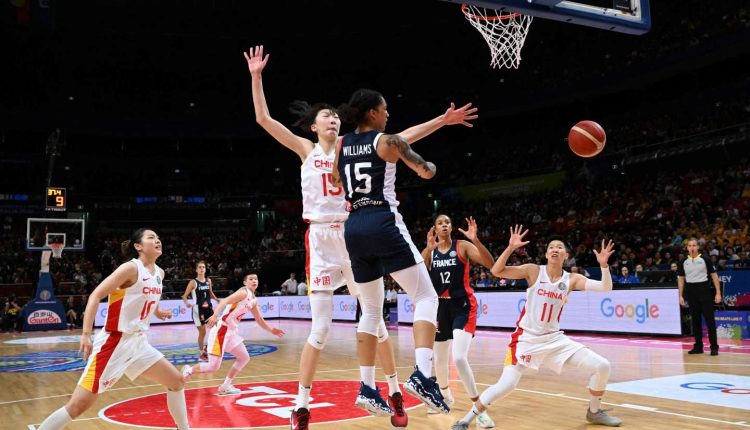 The step was finally too high. The French resisted well but ended up giving in against China (85-71), Thursday, September 29, in the quarter-finals of the World Basketball in Australia. More in control, collectively stronger and more offensive, the Chinese were able to keep the Blues at bay, who despite a good first quarter (25-25), suffered repeated attacks from the Chinese in the first period. The French struggled to keep up with the pace imposed, notably by Meng Li and Sijing Huang (12 points each halfway through the match).

Led 50 to 39 at the break, Jean-Aimé Toupane’s players recovered well at the start of the second period. They even came back to a small point behind the Chinese four minutes from the end of the third quarter (56-57), with possession to follow to pass in front for the first time since the middle of the first quarter.

But Marine Fauthoux (19 points, record points in selection) missed the target, like Gabby Williams (17 points), shortly after, for the equalizer shot (58-60). China then took the opportunity to regain their distance at the end of the third quarter (66-58). The luck of the Blues had passed.

Lacking solutions in attack and physically tired, the French ended up folding in the last quarter under the onslaught of the players in white. While the missed baskets were linked, the Chinese, they, chained the three points to definitively take off (five of their players finished the match with more than ten points). They will start as favorites in their semi-final against Belgium or Australia.

Deprived, among others, of Marine Johannès and Sandrine Gruda, and in full reconstruction after their bronze medal at the Tokyo Games in the summer of 2021, the French team fails for the sixth time in a row at the gates of the last four of a World. Les Bleues will not imitate their elders from 1953, the last to have reached the semi-finals of the competition (and brought back the only French medal, the bronze)

But the French have not been unworthy and are leaving this World Cup after an encouraging run. In pools, they had beaten Japan (57-53), Olympic vice-champion, Australia (70-57), host country, and Mali (74-59). They lost heavily to the Canadians (45-59) and narrowly to the Serbs (62-28) on Tuesday. Their only real faux pas, which had then condemned them to rub shoulders with the Americans or the Chinese from the quarter-finals.