US Open: Alizée Cornet and Clara Burel qualify for the third round 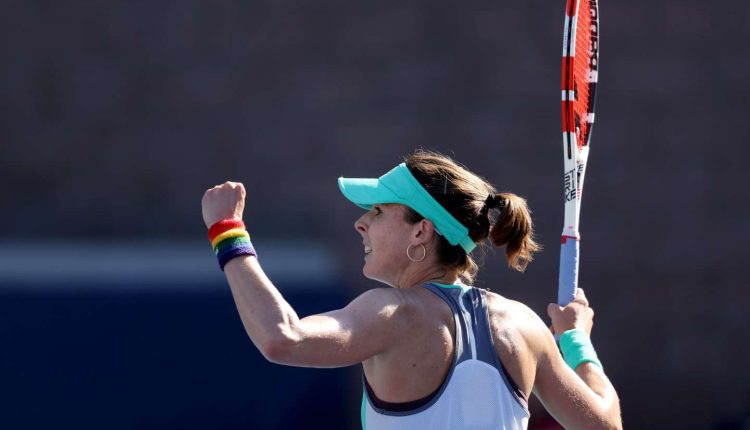 Alizé Cornet, 40e World Cup, qualified Thursday 1er September for the third round of the US Open by defeating the Czech Katerina Siniakova (83e) 6-1, 1-6, 6-3. The 32-year-old Frenchwoman thus confirms her victory, which was easier, in the first round against the defending champion, the Briton Emma Raducanu (11e) 6-3, 6-3.

Read also: US Open: perfect evening for Alizé Cornet, who sets a record and eliminates the defending champion

She will face for a place in the round of 16 the American Danielle Collins (19e) or the Spaniard Cristina Bucsa (118e and outcome of qualifications).

Cornet never made it past the round of 16 in New York and was on the brink of elimination as soon as he entered the fray last year.

In Australia at the start of the year, the Niçoise reached the quarter-finals of the Grand Slam for the first time in her career. She was beaten by Collins, future finalist.

She was then beaten at 3e round at Roland-Garros and in the round of 16 at Wimbledon where she beat world number 1 Iga Swiatek in the third round, ending the Pole’s 37-game winning streak.

Cornet competes in New York for his 63e Grand Slam tournament in a row, improving the record she co-held since Wimbledon with the Japanese Ai Sugiyama.

Clara Burel, 131e world and qualifying, confirmed on Thursday her exploit of the first round against the winner of the last Wimbledon by qualifying for the third round of the US Open at the expense of the Belgian Alison van Uytvanck (43e), 6-4, 4-6, 6-4.

The Frenchwoman, who is participating at 21 in her second New York major, after an elimination in the first round in 2021, will face the Belarusian Aryna Sabalenka, 6e world and semi-finalist in 2021, to try to climb into the round of 16.

This season, Burel was eliminated in the first round of the first three Grand Slam tournaments (Australian Open, Roland-Garros, Wimbledon). His best major result to date is the third round achieved at Roland-Garros in 2020.

The feat also for Clara Burel, the discomfiture for Benoît Paire

The French Clara Burel, 131e world and from the qualifications, also shone on Tuesday on the New York courts by releasing the winner of the last Wimbledon, the Kazakh Elena Rybakina (25e) with the score of 6-4, 6-4. The 21-year-old Frenchwoman will face the Belgian Alison van Uytvanck (43e) in the next turn.

Paris 2024: 87 accidents since the start of Olympic construction

Football: the soap opera of the takeover of Olympique Lyonnais by the American John…