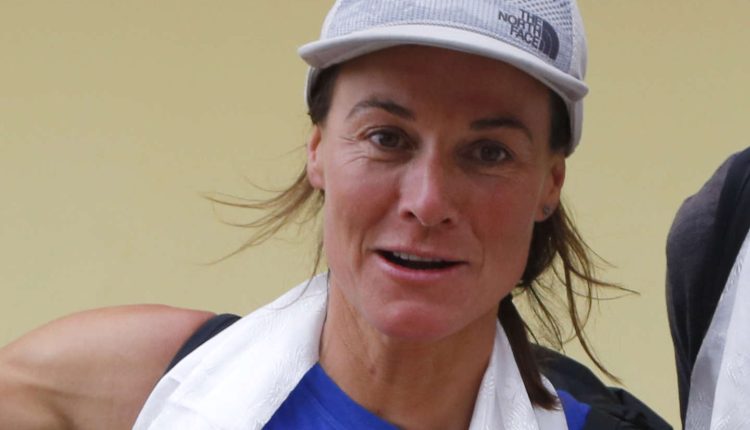 The world of mountaineering has just lost one of the greatest adventurers of the past twenty years. On Wednesday September 28, Hilaree Nelson, 49, was found dead on the south face of Mount Manaslu, Nepal. Two days after the American, mother of two, reached her summit (8,163 m) alongside her companion, in the mountains as in life, Jim Morrison. An exhausting expedition due to the “relentless rain” caused by the monsoon, as the skier explained on her Instagram account. In the descent, she would have fallen 25 meters into a crevasse located some 8,000 meters above sea level.

Hilaree Nelson left her mark on the world of mountaineering. A life spent in search of records. “Skier, lecturer, mother and lover of the great wild spaces”, that’s how the American described herself.

Born on December 13, 1972, Hilaree Nelson grew up in Seattle (State of Washington) and put on skis from the age of 3 in the Cascades. But it was in France, in Chamonix (Haute-Savoie), that she developed her fascination for mountaineering. In the 1990s, her studies completed, she crossed the Atlantic and put down her suitcases at the foot of Mont Blanc. She imagines staying a few months, but will not leave until five years later.

“We were a bunch of irreverent 22-year-old Americans. We were therefore received with great skepticism, she told the magazine Backcountry, in January 2020. I’m still surprised that I didn’t kill myself the first winter, because I didn’t know anything. But there was so much going on, there was so much to learn. There were still a lot of first runs to do, especially for a woman. Ski mountaineering has been around for a very long time in Chamonix, but it was largely for men, so I was able to choose routes that had never been skied by a woman before. »

Her time in France will mark a turning point in the American’s career. In 1996, she lifted the title of European champion in women’s extreme skiing. What followed was a series of more than forty expeditions around the world. From mountaineering to steep skiing. Intense expeditions that she manages to combine with her family life with her two children. In the mountains, Hilaree Nelson combines her two passions: first climbing, then downhill extreme skiing. His ambitions lead him to the conquest of many “firsts”. Among them, a ski descent on Baffin Island (Arctic), the ascent and descent, still on skis, of Papsura Peak (India).

Adventurer of the Year 2018

The American was 40 years old when she signed what will probably remain one of her finest feats: becoming the first woman to successfully climb two 8,000-meter peaks (Everest and Lhotse) in twenty- four hours. A feat that Hilaree Nelson will not be satisfied with.

Six years later, in 2018, she launched a new bet with Jim Morrison. Ski down the “Dream Line”, Lhotse corridor, the fourth highest peak on the planet (8,516 m). The challenge, which has been attempted several times in the past, can frighten the most seasoned skiers. The descent is vertiginous with, in places, corridors where the slope, at nearly 55 degrees, is only 1.80 meters wide. The “Dream Line”, the American duo will descend on September 30, 2018. Their success is immortalized by the cameras of Dutch Simpson and Nick Kalisz and will give rise to a twenty-three minute film: Lhotse.

His career impresses. It will earn her the title of adventurer of the year 2018 awarded by National Geographic. In the process, she became head of the athlete team The North Face, an American brand of mountain sports accessories. She succeeds Conrad Anker and becomes the first woman to hold this position. Its objective is to encourage women to practice mountain sports.

“You have to take risks if you want to learn something about yourself. What interests me is how we create things, by being a little different or by being passionate”, she explained at the end of the film Lhotse. Passionate, there is no doubt, Hilaree Nelson was. With this desire to live intensely, sometimes at the risk of his life. Skiing Manaslu, the eighth highest peak in the world, was on his list of historic achievements.

Hilaree Nelson in a few dates

2012 First woman to climb Everest and Lhotse in 24 hours