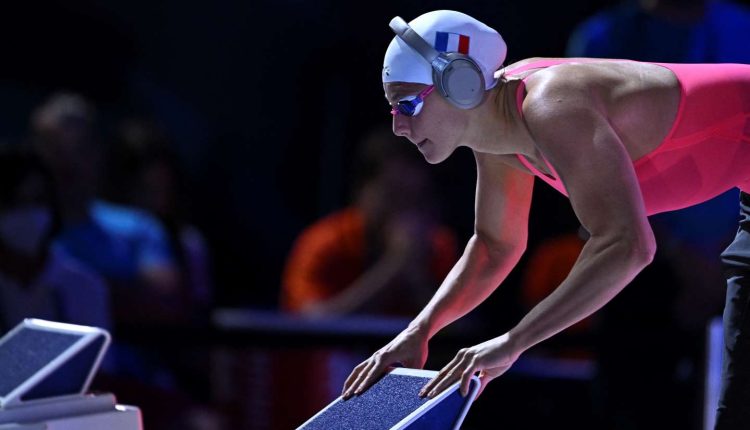 After having tasted silver, she wants to savor gold. Marie Wattel has regained her appetite. Vice-world champion in the 100m butterfly in Budapest on June 19, the French swimmer hopes to climb to the top step of the podium at the European Championships in Rome (from August 11 to 17). Whether on his specialty, the 100m butterfly, as in Hungary almost two months ago, or on the 50m butterfly, distance where it will line up in the final on Saturday 13 August.

At 25, Marie Wattel has had her head above water for only a few weeks. By her own admission, she had “taken a big slap” at the Tokyo Olympics in the summer of 2021, taking sixth place in the 100m butterfly final. She had to get up. “I had to be patient and gradually regain confidence in myself and my performance. I had to give time for my body and my mind to start again”she says.

For this reconstruction, the swimmer made the choice to leave England, where she had lived for five years (in Loughborough), to join the south of France. She now trains at the Cercle des nageurs de Marseille (CNM). “I wanted to go back to the sun and I wanted to be in France to prepare for the Paris Olympics, which take place in two years”she explains.

Since her arrival in the Marseille club, she has been followed by Julien Jacquier. ” She is an athlete who has a large size and power. But paradoxically, she is very fine in her gesture. She has qualities of speed and power, but also qualities of endurance. It therefore has all the advantages to perform,” assures the coach.

Also read the interview: World Swimming Championships: “There is still a lot of work to do to make the Paris Games a success in 2024”

“I readjusted my goals”

First meeting of the year, the French championships, in April, in Limoges, were disappointing from her point of view as regards the times achieved in the 50 and 100 m butterflies (despite a title of French champion in the 100 m butterfly): “I didn’t expect to go so low and so quickly in the lap times”she admits.

The silver medal in Budapest, however, came as a first confirmation of a revival. After almost ten years with the French swimming team, Marie Wattel won her first individual medal at a world championship. “The hard work always pays off. When I’m 100% physically and mentally, I can do great things in competition.”she analyzes today.

For Julien Jacquier, Marie Wattel was not so far from the gold medal, the American Torri Huske, in the 100m butterfly at the Worlds, but “He needed a little work”. In Rome, over this same distance, the swimmer declares that she wants “keep [son] title of European champion » conquered in 2019 (tied with the Greek Anna Ntountounaki, in 57 s 37).

To be on time in Rome, the Lille native has lowered her goals. “At the start of the season, I wanted to bring back as many medals as possible from the European championships. But, after the Worlds, I realized that I didn’t want to run out two years before the Paris Olympics. So I readjusted my goals. she explains.

Only two events on the program in Rome

The season having started since 1er September 2021, the swimmer has therefore chosen to participate in only two events at the European Championships, the 100 m butterfly and the 50 m butterfly. “Coming out of the world championships, there was a certain fatigue, but we had to deal with it. Physically, I don’t think I have a lack of training. I can’t wait to see my performances.” she says.

During the month of preparation before Rome, his staff opted for two areas of work during training: “Keep as much mental and nervous energy as possible, and try to keep all the automatisms she had obtained until Budapest and even increase and increase them. »

First meeting in the 50m butterfly, Saturday. “I am committed to this [course] because I would like to get my best time, which dates from three years ago [5e place avec un record de France] », advance the swimmer. Julien Jacquier rather believes in her for the 100m butterfly, Sunday August 14: “She is quite capable of being European champion, given the progress made this year, especially in Budapest! »

World Cup in Qatar: watch out for this unofficial guide which lists the behaviors to…