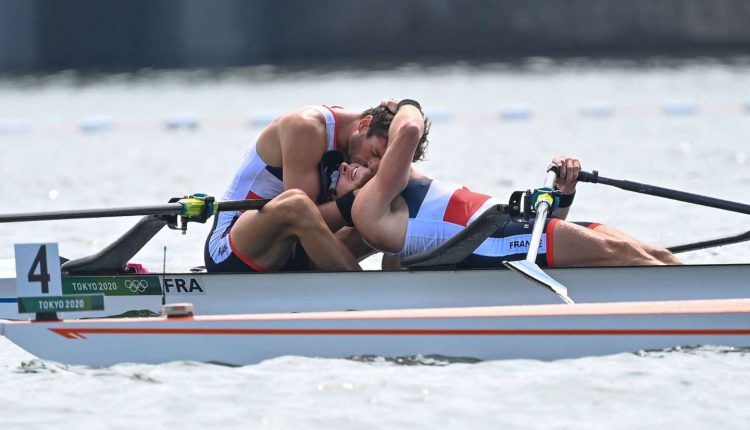 Hugo Boucheron and Matthieu Androdias are starting to get used to the top step of the podium. Olympic gold medalists last year in Tokyo, they were crowned world rowing champions in double sculls for the second time on Sunday, September 25, in Racice (Czech Republic), after a first coronation in 2018 in Bulgaria.

Qualified easily by winning their semi-final, the two French did not leave much hope to their opponents. They immediately took the lead in their lane number 4, and were never caught, even increasing their lead over a race concluded in 6 minutes and 9 seconds.

After 2,000 meters of effort in a straight line, they finally overtook the Spaniards Aleix Garcia Pujolar and Rodrigo Conde Romero by more than a second, who overtook the Australians David Bartholot and Caleb Antill at the end of the race to get the silver medal.

Thanks to this success, Hugo Boucheron (29 years old) and Matthieu Androdias (32 years old) add another line to an ever-increasing track record. In addition to their Olympic and world titles, they have also dominated the European Championships twice, first in 2018 in Plovdiv (Bulgaria), then in 2021 in Varese (Italy). This year, they had decided not to defend their continental title and to skip the competition taking place in Munich (Germany) in mid-August. Two years before the Olympic Games in Paris, the two Frenchmen are maintaining their very good momentum.

The World with AFP (with AFP)