Route du rhum: offshore racing to the challenge of feminization 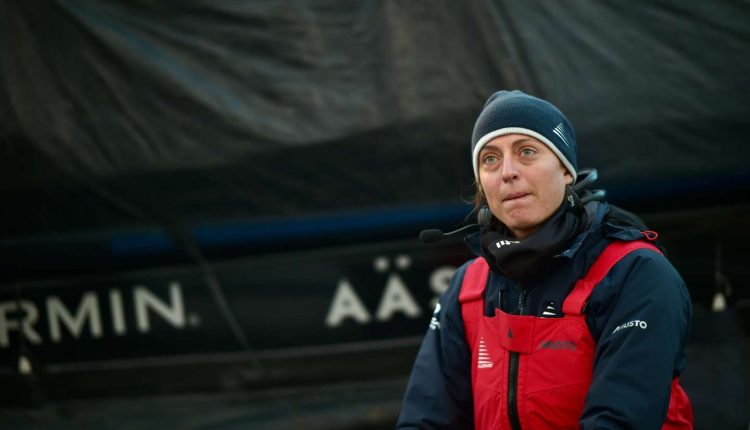 Asked at the finish of the Route du rhum about the possibility of one day seeing a woman “steer” a 32-meter Ultimate steering wheel, Thomas Coville, perhaps finding the question surprising at 6 o’clock, paused: “Of course, it is quite possible, says the one who ranked third in this category, behind Charles Caudrelier and François Gabart. Within our team, Laurane Mettraux could one day be a candidate. But for now, no one has yet “candidate” in our team. It’s not just a question of physical strength but of technicality and acceptance of speed. »

While the various podiums are made up of both Imoca and Ocean Fifty and Class40 (all 100% male), the low representation of women in this 12e edition of the transatlantic race questions: 7 out of 138 solo sailors at the start.

In the Imoca class, three women rank among the top twelve: the Swiss Justine Mettraux (7e), Franco-German Isabelle Joschke (9e) and Britain’s Pip Hare (12e). On her arrival, the latter – who had completed the Vendée Globe in 2021 – did not fail to point out this recurring weakness in offshore races: “Women are still underrepresented in the sport, but our class is one of the toughest in racing and we have a 25% female participation in the Top 12,” however, welcomed the 48-year-old sailor.

Since 1978, seventeen women have run the Route du rhum – some several times. In forty-four years, three have been victorious: Florence Arthaud (1990) in the Orma category, Ellen MacArthur (2002) in the Imoca class and Anne Cazeneuve (2014) in the Rhum Multi category. In 1994, four years after Florence Arthaud’s victory, no woman was at the start.

Read the decryption: Article reserved for our subscribers Route du rhum 2022: the “flying boats” to attack the race record

“Feeling of being categorized”

It’s been twenty years since Karine Fauconnier, winner of the Transat double-handed AG2R in 2000, but above all the first woman on the Orma trimarans, these swift but fickle sailboats, wondered about this mediocre representation of women in crewed racing or alone : “The question is: why do women who have a good level have such difficulty finding a budget to run? I also notice that people question me, not as a sailor, but always as a woman, with this impression of being categorized. We have already asked a woman who was going on a world tour: “but what are you going to do with your children?”, she expands. In truth, there are not many crew members and they are not on board. If they are under-represented, they cannot progress either. »

You have 56.03% of this article left to read. The following is for subscribers only.

World Cup 2022: the Belgian coach announces his resignation after the elimination of…