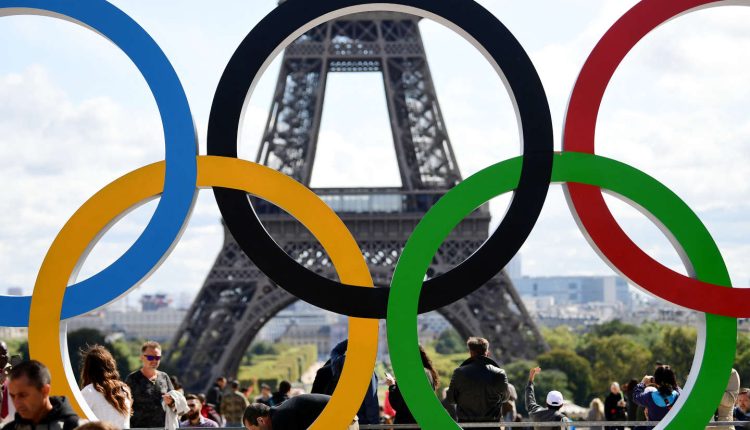 Criticized by the Court of Auditors in its report on the Paris 2024 Olympic and Paralympic Games, the Games Organizing Committee (Cojop) provided some answers on Wednesday January 25 during its back-to-school conference. The financial jurisdiction had notably pointed out in its document made public on January 10 that most of the contracts for the provision of sites for the competitions had not been signed by the Cojop with their owners, when they should have been. before the end of 2022. Nor had the contracts been concluded for the sites whose management Paris 2024 intends to outsource.

Those “delays” entail a proven operational and financial risk, had pointed out the Court of Auditors, ordering the organizers of the Games to sign the said contracts ” as soon as possible “. Wednesday, Tony Estanguet wanted to reassure, eighteen months from the opening ceremony. “To date, 90% of these perimeters are already secure, especially for the most sensitive sites such as the athletes’ village”affirmed the president of Cojop. “Sometimes it takes a while, was he justified, but there is no rush, we are on schedule. »

Read also: Article reserved for our subscribers Olympics 2024: the Court of Auditors is concerned about the absence of a contract for the provision of the Stade de France

On security, a hot issue of the Olympic project with that – burning – transport, the Organizing Committee has also shown itself anxious to extinguish any beginning of fire. The Court of Auditors had however shown concern about the Cojop’s ability to meet the challenge posed by the need for private security agents, and in particular by the organization of the Olympic opening ceremony on the Seine in front of 600,000 spectators.

Between 17,000 and 22,000 private personnel will be needed on a daily basis to ensure the security of the Olympic sites, which falls within the competence of the organizer. Not to mention the thousands of police and gendarmerie officials who will be assigned to security on public roads during competitions.

Read also: Article reserved for our subscribers Olympics 2024: the scope of the Olympic bill goes far beyond the Games alone

“All the scenarios are on the table”

“We launched the first calls for tenders in July 2022, which meet 37% of our needs. We received 700 responses”detailed Tony Estanguet. “A second phase has been launched, for 13% of batchesadded Etienne Thobois, CEO of Paris 2024. There will probably be a third wave to solicit the big players again [de la sécurité privée] who did not respond to the first two, to have maximum visibility by the first half of 2023. The idea is to work in detail with the public authorities to stabilize the system. »

” Afterhe added, all scenarios are on the table. » One of these scenarios, feared by all those involved in the Games, supposes that the army is called in to make up for the lack of private security agents – a credible hypothesis, according to the Court of Auditors –, as was the case in the emergency for the London Games in 2012. In their report, the magistrates of rue Cambon clearly establish that the cost of this recourse to public force would then be borne by the Organizing Committee and it alone.

Tuesday evening, in the Senate, during the examination of the Olympic bill, the Minister of the Interior, Gérald Darmanin explained that it would be necessary to wait “February or March” to find out more about a possible recourse to the army. “If at the end of the end of the end of the end, a certain number of people are missing, we will see what we can do. But we believe that a large country like France is capable of responding to this private security issue.”he assured.

“If we were to use internal security forces, there is the [dispositif du] compensated security service – this is what is already done for clubs during football matches – which would then be applied to Paris 2024 and which we have anticipated in our budget [réévalué de 295 à 350 millions d’euros lors de la révision budgétaire du 12 décembre] », states Etienne Thobois.

The Paris 2024 Organizing Committee had already been reassuring on the issue when the Court of Auditors’ report was published two weeks ago. “It will not cost more to go through the police”had then supported a member of Paris 2024 according to whom “a soldier even costs a little less than a private security guard”.

Read also: Article reserved for our subscribers Olympic Games 2024: the Court of Auditors warns of the balanced budget of the organization of the Games