NBA: accused of racism, sexism and misogyny, Robert Sarver resigns himself to selling the Phoenix Suns 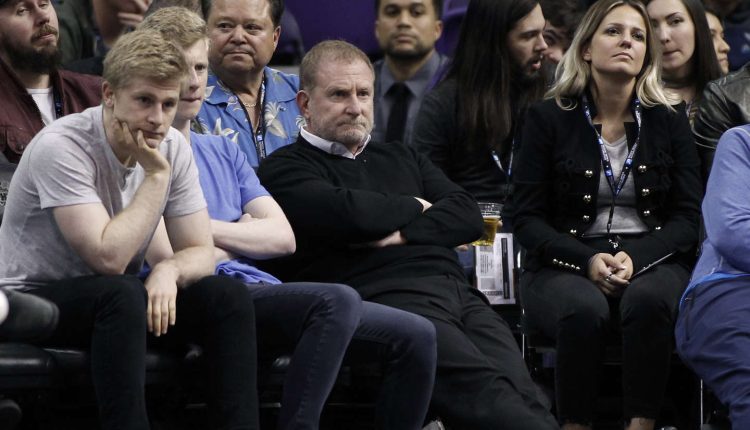 It’s the end of a soap opera that has been going on for almost a year. Robert Sarver, owner of the Phoenix Suns and the Phoenix Mercury, announced on Wednesday September 21 that he was going to sell his two NBA and WNBA franchises. “I will begin the process of finding buyers for the Suns and Mercury franchises,” said the American businessman in a press release, regretting that “in our current unforgiving climate”, “all the good that I have been able to do or that I can still do weighs less than the things that I have been able to say in the past”.

Since November 2021, the owner of the two basketball teams has been the subject of special attention. A long and damning investigation published on the sports media website ESPN then described a toxic work environment maintained by the management of Mr. Sarver. “The level of misogyny and racism goes beyond all limits”said one of the co-owners of the franchise, interviewed by the American magazine.

Among the magazine’s revelations, the repeated use of the word “nigger”, by Mr. Sarver, who is white. “These niggers need a nigger”he had said in particular about his players to explain why he had preferred to hire a black coach rather than a white coach, in 2013. A former employee also remembers that Robert Sarver frequently used sentences of the type “Do you belong to me? Are you one of mine? » : “You feel like you belong”, she explained. Others recount the brutality of his methods, which Mr. Sarver admitted in his own words over the years. According ESPNRobert Sarver had told executives that they were “paid a lot to support his bullshit”.

Read also Article reserved for our subscribers “Nègre”, this word heavy with racism and the crimes that forged it

In the wake of these revelations, the NBA mentioned “extremely serious allegations” and announced that it was going to launch its own investigation, led by a law firm. It took more than ten months for the report to finally be published on Tuesday, September 13. Thereby, the investigation concludes that Robert Sarver “engaged in conduct that clearly violated common workplace standards. This conduct included the use of racially insensitive language; unequal treatment of female employees; statements and behaviors related to sex; and harsh treatment of employees which sometimes amounted to intimidation”.

The NBA then decided to suspend Robert Sarver for a year, fined him $10 million (the maximum allowed by the rules in place, she says) and required him to undergo training “focused on respect and appropriate conduct in the workplace”.

Not enough for many. “It’s barely a pat on the hand”, regrets one of the seventy employees interviewed by ESPNin 2021. For his part, a vice-president of
Phoenix Suns quickly called for the resignation of Mr. Sarver. “I can’t sit back and let our children and future generations of fans think this behavior is tolerated because of wealth and privilege”, Jahm Najafi wrote on September 15. One of the team’s sponsors, PayPal, has also threatened to end his partnership whether Mr. Sarver returned after his suspension.

NBA’s Biggest Star, LeBron James, also went there with his criticismconsidering the sanction far too low given the alleged facts: “Our league got it wrong. I’ve said it before and I’ll say it again, there’s no place in this league for that kind of behavior. No place for misogyny, sexism and racism in any workplace. » The star of Phoenix, Chris Paul, also believes to be “of those who think that the penalties are not heavy enough to respond to what we can all qualify as abominable behavior”.

Read also Faced with Donald Trump, the militant commitment of the NBA and American basketball stars

Quickly, some drew a parallel with the Donald Sterling case and called, here too, to dispossess Mr. Sarver of his franchise. In 2014, racist remarks made by the owner of the Los Angeles Clippers had been broadcast by the American site TMZ. The NBA then reacted promptly by inflicting on Mr. Sterling a lifetime suspension, thus preventing him from having any connection with the NBA or its franchise, a fine of 2.5 million dollars and recommended a change of ownership. A few weeks later, their wish was granted.

A departure rather than an eviction

But, eight years later, the NBA has not called for a change of ownership on the Phoenix side. On September 14, the league commissioner, Adam Silver, distinguished the two cases by the “spirit” of Mr. Sarver’s comments, arguing that if the investigation had uncovered “that his conduct was motivated by racial animosity, this would have had an impact on the final sanction. But that’s not what was discovered.”. Moreover, he noted, in response to the question of the change of ownership, he alone did not “no right to withdraw his team”.

Because Donald Sterling was never forced to sell the Clippers in 2014 by the NBA. It was his wife, Shelly Sterling, who made the decision, taking advantage of the fact that several experts considered that her husband was unable to manage the family affairs. The Clippers were then sold for 2 billion dollars to former Microsoft CEO Steve Ballmer.

Read also: Steve Ballmer is the new owner of the Clippers, finally rid of Sterling

Otherwise, the only remedy would have been to go through a vote of the board of governors (composed of the thirty owners) to force the sale of the franchise. To achieve this, three-quarters of them (23) must vote in favor of exclusion.

This is precisely what Golden State Warriors player Draymond Green asked, in his podcastabout Robert Sarver, in order to know “Who is on our side and who is not. (…) Let’s vote, let’s see what the numbers are”.

One way to put the twenty-nine other franchise owners up against the wall in a league that wants to be the most advanced on these issues among the major American sports leagues. Knowing that pushing one of their peers out could also be like opening a Pandora’s box. “If you own an NBA franchise, you can look at the Sterling case and tell yourself you would never do such a thing, analyzes journalist Seerat Sohi. But in Sarver’s case, you wonder if there are dead bodies in your closet or things that could bring you down if that precedent were to be set. »

The announcement, Tuesday evening, of the future sale of the Suns of Phoenix and Mercury, probably removed a thorn from their side. In the aftermath, the NBA boss limited himself to a two-line statement on the subject : “I fully support Robert Sarver’s decision to sell the Phoenix Suns and Mercury. It is the right decision for the organization and the community. »