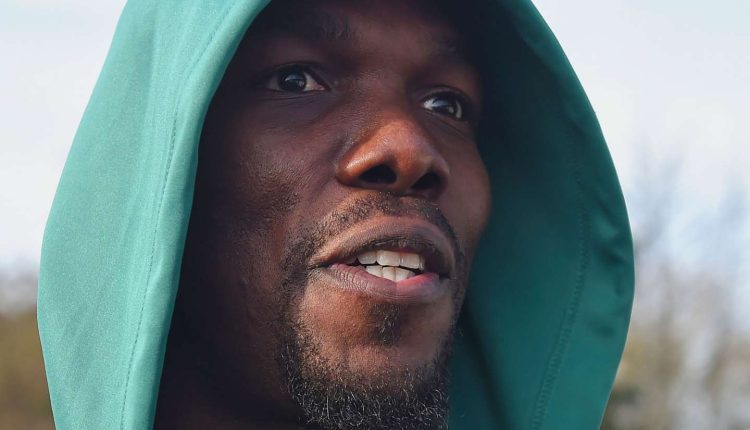 While he is in detention, Mathias Pogba appears, Friday, September 23, on new videos published on his account Twitterwhere he continues his accusations against his brother Paul Pogba, star of Juventus Turin and 2018 world champion with France.

Indicted for extortion in an organized gang and participation in a criminal conspiracy, Mathias Pogba appears once again seated, alone, dressed in a black T-shirt and reading aloud several messages printed on sheets of paper.

I know, lots of videos, but lots of things to say and twitter format obliges. #affairpogba #mathiaspogba… https://t.co/NgAz3TiMrH

He explains that these enigmatic videos, as well as several messages posted on his Twitter account overnight from Thursday to Friday, were recorded and that their publication was scheduled in the event that it would not be “more freedom”. Mathias Pogba, 32, continues his accusations against his younger brother Paul, 29, who had filed a complaint on July 16 with the Turin public prosecutor’s office in this affair which remained secret until the publication at the end of August of the first videos of the eldest.

Read also: Article reserved for our subscribers Paul Pogba’s testimony to the police: “Holded up, under threat, I told them I was going to pay”

The latter goes a little more into the details of the facts he accuses of Paul Pogba, in particular vis-à-vis his family. He also attacks frontally Rafaela Pimenta, the midfielder of Juventus Turin. Contacted by Agence France-Presse, Rafaela Pimenta’s agency did not respond immediately.

Mathias Pogba also returns to the subject of witchcraft, explaining that his brother would have tried to marabout his teammate Kylian Mbappé, on the sidelines of the 2019 Champions League return match between Paris-Saint-Germain, Mbappé’s club, and Manchester United, the English club where Pogba played. In addition to Mathias Pogba, four men aged 27 to 36 were indicted in particular for extortion with a weapon, kidnapping in an organized gang and criminal association, and were placed in pre-trial detention in this incredible case.

Heard by investigators on the facts of kidnapping on the night of March 19 to 20, 2022, Paul Pogba said he was trapped by childhood friends armed with assault rifles. He had advanced the hypothesis that his brother acted ” under pressure “ of people wanting to extort money from him. The 2018 world champion is currently recovering after undergoing knee surgery in early September. His participation in the 2022 World Cup in November in Qatar is uncertain.

Read our information: Article reserved for our subscribers The Pogba affair shakes up French football

Heurtel, Grebennikov, Da Costa… These French athletes who stay or go to Russia…