Ligue 1: in Bordeaux, shock and concern 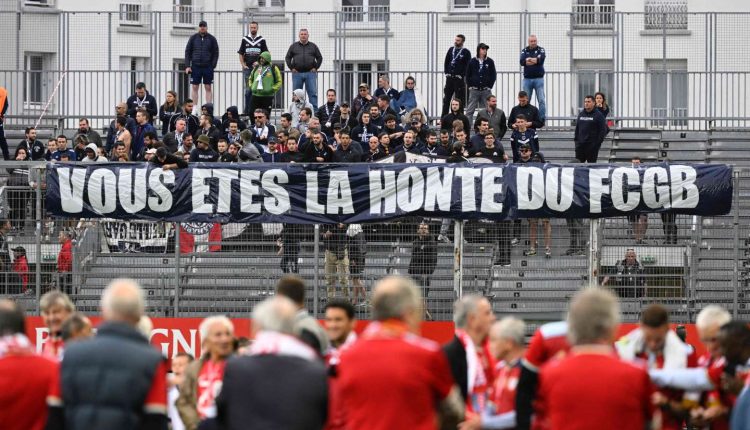 ” I feel very bad. We know that football is football, but it takes us to the guts. » As expressed by Franck, a long-time supporter, who does not wish to give his name – but known and influential under the pseudonym Diabate33 on the social network Twitter – the relegation of Football club Girondins de Bordeaux (FCGB) is a shock.

Saturday May 21, the victory against Brest (2-4), during the 38and and last day of the championship, was not enough. The Bordelais, last in Ligue 1, will play in Ligue 2 next season.

In Bordeaux, the shock is all the more severe as the Girondins, emblematic figures of French football, are an integral part “of the city, its history, its DNA”as pointed out by Nicolas Caillé, manager of Sud-Ouest Footgolf, the club’s financial partner this season. “It’s a sad moment for our club, our city, our metropolis, the supporters and all those who are attached to it”, had anticipated the mayor of Bordeaux, Pierre Hurmic, during the council of the metropolis, Friday.

The descent comes after thirty-one consecutive years in the elite. It refers to the dark years of the club: the previous relegation to the second division, in 1991, had been administrative, after the financial policeman of football, the national direction of management control (DNCG), had noted a deficit of 45 million euros. euros.

The measure had come to close glorious years in sporting terms (three league titles, two French Cups, two European Cup semi-finals in the 1980s), but which had also been years of questionable management under the presidency. by Claude Bez.

“The shame of our one hundred and forty years of history! »

The Girondins had regained some of their glory in the 2000s (French champions in 2009, winners of the Coupe de la Ligue in 2002, 2007 and 2009 and the Coupe de France in 2013). But the changes of shareholders in recent years have weakened the club: M6, which had owned it since 1999, sold it at the end of 2018 to the American funds General American Partners (GACP) and King Street, the latter remaining alone at the controls at the end of 2019.

Just a year ago, the club had already come close to relegation: placed under the protection of the Bordeaux commercial court, it had been bought by the Hispano-Luxembourg businessman Gérard Lopez. His promises of tomorrows of victories did not materialize.

Read also Article reserved for our subscribers After the specter of receivership, relief for the Girondins de Bordeaux

Tensions arose within the team. The fracture opened between supporters and players. On the penultimate day of the championship, May 14, the UltrasMarine unfurled several banners expressing their anger – on one of them was written “You are the shame of our one hundred and forty years of history! – interrupting the meeting with throws of toilet paper. At the end of this match, two players were seen in a nightclub. The drop too many for supporters disgusted with the attitude of the group.

You have 57.85% of this article left to read. The following is for subscribers only.

The African Cup of Nations rescheduled in January 2024

Roger Federer ‘hopes he can come back once again’ at Wimbledon