Handball: France beats Germany in the quarterfinals of the World Cup and will face Sweden in the semi-finals 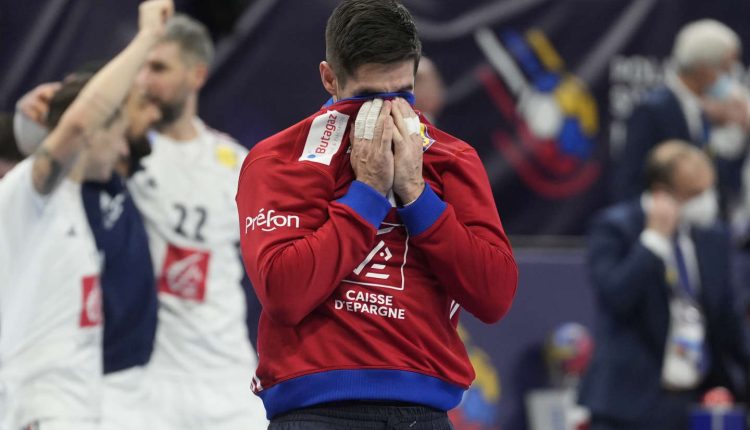 The Blues fly to the semi-finals, thanks in particular to their goalkeeper, Rémi Desbonnet. The French team beat Germany by a wide header (35-28) in Gdansk, Wednesday, January 25, in the quarter-finals of the World Handball Championship. She will face the Swedish team, winner of Egypt (22 to 16), in the semi-finals on Friday, at home in Stockholm.

Tied (16-16) at half-time, the Blues dominated their opponents in the second act, relying in particular on an exceptional performance by Rémi Desbonnet, their substitute goalkeeper, author of twelve saves.

The Blues, reigning Olympic champions, will face a tough opponent on Friday. The Swedish team, reigning European champions, was successively the executioner of the French team in the last four during the previous edition of the World Cup and during Euro 2022.

If the Olympic champions hang a new star on their jersey on Sunday, they will be able to thank Desbonnet greatly, who pulled a nice thorn out of their foot against Germany, whom they had beaten in the two previous confrontations, for the bronze medal. of the 2019 World Cup and in pools of the Olympic Games in 2021.

The Montpellier, of a modest size (1.82 meters) for the position, unfolded his work in two stages. In the first, before the break, he slowly rose in temperature after coming into play in place of Vincent Gérard, who left after a quarter of an hour without having made the slightest save. Unlike his counterpart Andreas Wolff, who disgusted the Blues in the first period, who could be happy to be tied at the break with only 50% shooting success.

The Kielce goalkeeper made almost ten saves before the break, including a double against Nikola Karabatic (10e minute) or a spectacular, right leg almost level with the head, against Dika Mem who left alone on the counter-attack (20e).

Desbonnet, 30, made his first save just eight minutes after coming on, but he finally started the machine after two consecutive saves, the second against Patrick Groetzki (29e) launched alone in front of him. After the break, the substitute goalkeeper was almost impassable for almost ten minutes (34e-43e), in which he made seven saves on eight shots. They initially kept his team’s head above water (17-19, 34e), before taking a three-goal lead (23-20, 44e).

With his twelve stops in total, Desbonnet finished disgusting the German shooters and definitively assured the victory of the Blues with two parries five minutes from the end (30-25).

To triumph over the German youth, the nugget Juri Knorr in the lead (5/10), coach Guillaume Gille and his team were also able to count on another usual replacement, Melvyn Richardson (4/6). The son of former “Barjot” Jackson Richardson successfully replaced his teammate Dika Mem in the first period, in check (3/7).

Sunday, the Blues will need their entire workforce to defeat the Swedes in front of their home crowd. On Wednesday, left-back Thibaud Briet withdrew, injured in a hand. The Olympic champions will also need a great goalkeeper, as was the case against the Germans on Wednesday.