Formula 1: “It is our duty to provide a car that goes fast and wins championships”, says Toto Wolff 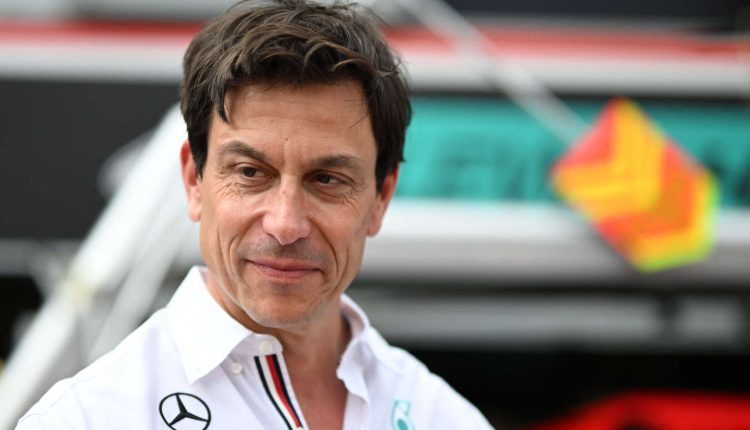 After eight years of reign in Formula 1, Mercedes is in trouble this season. The director of the German team, the Austrian Toto Wolff, is however delighted with the work of his two pilots, the young George Russell and the seven-time world champion Lewis Hamilton.

How do you explain Mercedes’ difficulties this season?

We have a difficult start to the season because the concept of our car was suitable for low heights of the flat bottom [pièce essentielle] of the car. But it doesn’t work in the real world. You can’t ride with a flat bottom that’s too low on the bumps. On circuits like Barcelona, ​​with the characteristics that suit us, we are not confronted with this concern.

In F1, there is one aspect that you cannot change, and that is the time needed to develop the car. And when we get off to a bad start, as was our case this season, development takes place on the track. Every race weekend is a test for us. Even for a great team like ours, which has won eight consecutive constructors’ titles.

After the podium obtained by Hamilton in Canada, does the British Grand Prix come at the right time for you?

The car is believed to perform better here at Silverstone than it did in Baku [12 juin] or in Montreal [19 juin], because it is a smooth and fast track. We don’t want to be too confident that we’re going to “bust” everyone at Silverstone. We were there after Barcelona and we were disappointed.

Who of Russell or Hamilton could win this weekend, which would be the first Mercedes victory of the season?

Ah, hard to choose. Both deserve a win. George, this would be his first in his career. Lewis, it would make up for the bad luck he had this year. He could have counted at least two more podiums.

Are you surprised by the good cohabitation that seems to reign within the team between your two drivers?

I’m not surprised but happy to see the great collaboration between the two. Normally, in a stable, everything is partitioned. Each pilot works with his engineers. However, the two work together for the settings. I’ve seen it before between Lewis and Valtteri [Bottas, le précédent coéquipier]. There is a real interaction. Sometimes they even try two different settings and then choose the one that works best.

Can their rivalry remain dormant if the good results are back?

They are smart, they know that you have to find solutions for the car first. We double the speed of development if we collaborate. It’s pragmatism. And I’m sure the mood will be just as good when the car is working well and the two are fighting for the win and the championship.

You knew the qualities of George Russell. But does it exceed your expectations for this first season?

I’m very impressed. His integration into the team suggests that he has been with us for ten years. He is very rational and pragmatic. Whether he qualifies in first or tenth position, he does his debriefing in the same way. He is not emotional. Uncontrolled emotions are bad for performance. George, you will never hear him in the race complaining on the radio or shouting at someone. Unlike others.

You refer to the sanguine character of Max Verstappen (the reigning world champion). You mentioned the intellectual approach of George Russell. What does that mean ?

I wasn’t just referring to Max, there are at least half of the drivers on the grid who don’t express themselves with composure. George is smart. Max is too. But they have two different characters, which express themselves and act differently. I’m not saying one is better than the other. If there’s a driver who wins the championship and yells stuff at me on the radio, I’m going to cash it. It’s easier if that doesn’t happen.

Lewis Hamilton struggled to digest the outcome against him for the title last year. Do you think that can explain his difficulties this season, where he has often been dominated by his young teammate?

The most important thing with Lewis is the human aspect. As a friend, I want him to be happy and balanced. We will never digest the end of last season, but we have to accept it. I don’t think it has any influence on his performance. We saw that the car was really bad and there were Grands Prix where Lewis would have been on the podium without the interventions of the safety car [voiture de sécurité]. “It’s incredible the bad luck I have this year”, he told me. But it will get back to normal. He is very strong in his head.

If Mercedes fails to return to top level by the end of the season, can Lewis Hamilton decide to quit?

Lewis always said he would end his career at Mercedes. And it’s our duty to provide him with a car that goes fast and can win races and championships. In the same way that it is the duty of a driver to drive fast. But if we do not ensure, Lewis could indeed ask himself the question of staying or not.

Your rivalry with Red Bull boss Christian Horner has become legendary. Do you play it?

Anyone can be the rival. It was Christian for years, there is also Mattia [Binotto] and Ferrari today. But I am a competitor. If I go kart with a friend, he will be my opponent. And when I play tennis with my wife, she no longer talks to me…

It’s F1, it’s entertainment, it’s not big politics. There are rivalries. We don’t do F1 to be friends, we can’t be. It’s too competitive. The only one I like is Frédéric Vasseur [directeur de l’écurie Alfa Romeo]. He’s been my friend for twenty years and my only point of reference in the paddock when my wife is not present.

Swimming: second gold medal for the Blues thanks to Analia Pigrée

Ligue 1: a promoted Toulouse well acclimatized to the elite, heat stroke on the lawns…

Artistic swimming: Frenchman Quentin Rakotomalala in bronze for the first…

Football: in Ajaccio, the way back to Ligue 1 was traced by Olivier Pantaloni

Ligue 1: PSG in demonstration against Montpellier, frustrating return for Mbappé

Rugby: the All Blacks end their black series by beating South Africa