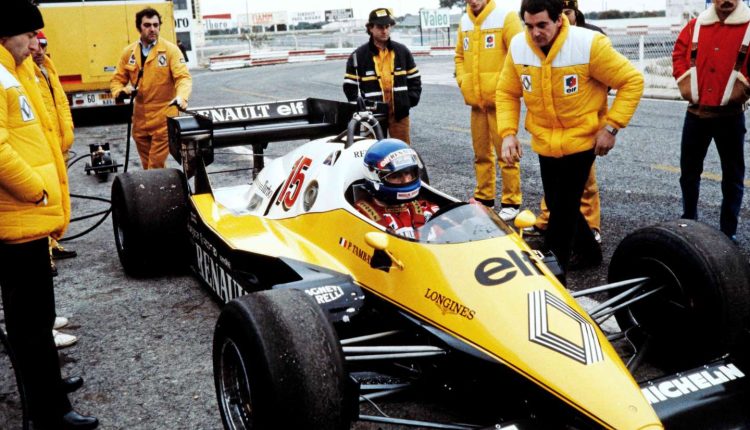 Former French Formula 1 driver Patrick Tambay died of a long illness at the age of 73, his family announced on Sunday December 4.

Before the automobile, Patrick Tambay, born in 1949 in Paris, had even seen himself as a competitive skier. But it is in the automobile that he wrote his lasting history. An emblematic driver of the 1980s, he is one of the rare French people to have had the privilege of driving a Ferrari in Formula 1 and winning at the wheel of one of the legendary red racing cars.

Patrick Tambay had run his first Grand Prix in Great Britain in 1977 in a Theodore Racing Ensign, when he had just celebrated his 28th birthday. There were then two frustrating seasons at McLaren, in 1978 and 1979, a sabbatical and a return to Theodore, then Ligier, in 1981. Without great results.

Read also the 1971 archive: Article reserved for our subscribers The promotion of a young driver: Patrick Tambay

A fatal accident at the origin of his arrival at Ferrari

Considered a “gentleman driver” physically pleasant and always pleasant, it was a fatal accident that led to his arrival at Ferrari, that of his good friend Gilles Villeneuve, who had asked him to be the godfather of his son Jacques. He replaces the Quebecer, who died in May 1982 during practice for the Belgian Grand Prix.

At the wheel of a top-level single-seater, for the first and last time in his career, Tambay is collecting podiums. He finishes 7e of the world championship in 1982, 4e the following season, the best ranking of his career.

Tambay had above all won the hearts of “tifosi” by putting a distraught Scuderia Ferrari back on track after the death of Gilles Villeneuve and then the serious accident of Didier Pironi a few weeks later during practice for the German Grand Prix.

By winning the German Grand Prix, Tambay had averted the fate that beset Ferrari. He will dedicate it to Villeneuve, Pironi and Enzo Ferrari for trusting him. His second triumph the following year at Imola, very close to Ferrari’s Maranello headquarters, would definitively establish his popularity with Italian fans.

Two Grand Prix victories, on two legendary circuits, Hockenheim in 1982 and Imola in 1983. Enough to leave a lasting mark in the prize lists where only five other French winners appear for the prestigious Scuderia (Maurice Trintignant, Jean Alesi, Didier Pironi, René Arnoux and Alain Prost).

Became a voice of Formula 1

After Ferrari, the harvest has become lean again – three podiums and a pole position at Renault (1984-1985) and two points with Haas Lola (1986) – and Tambay, like others before him, consoled himself in endurance, with Alpine-Renault and Jaguar, and in rally-raid, at Paris-Dakar (3e in 1988 and 1989).

After his career, Tambay became one of the voices of F1, always precise, always interesting, at the microphones of Canal+, RMC, La Cinq or even Motors TV, a thematic channel founded with his friend Jean-Luc Roy. .

He also had an elected career in the small town of Le Cannet (Alpes-Maritimes). First as a sports assistant from 1995, with footballer Christian Lopez and volleyball player Alain Fabiani in his team. Then as general and departmental councilor, elected in 2002, 2008 and 2015 under the colors of the Republicans.

Struck by Parkinson’s disease, Tambay had to slow down in recent years. But certain lulls in the illness allowed him to meet his friends for a coffee near the town hall of Le Cannet. And smile when recalling his years at Ferrari.