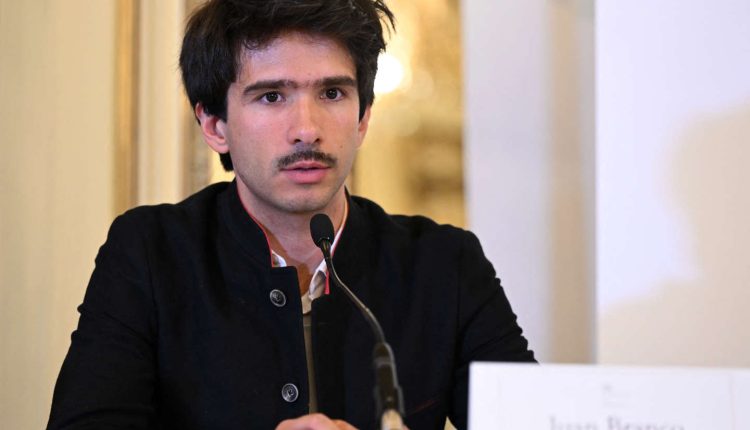 Indicted on September 29 for “forgery and use of forgery”, “corruption”, “concealment and complicity in misappropriation of the purpose of a file” after seventy-two hours of police custody at the general management of internal security (DGSI), the Franco-Algerian lobbyist Tayeb Benabderrahmane presented his version of the espionage case in which he is implicated by the voice of his defense team.

In a press conference organized, Wednesday, October 5 afternoon, at the Hotel Meurice, in Paris, the lawyers Juan Branco, Luke Vidal and Nabil Boudi insisted on the character of victim of their client, who would have been detained in 2020 in Qatar outside of any legal framework, tortured, then placed under house arrest until he handed over all the media in his possession implicating Nasser Al-Khelaïfi, a close friend of the Emir of Qatar who occupies, among other things, the positions of president of Paris-Saint-Germain (PSG) and boss of the BeIN Media group.

Tayeb Benabderrahmane was arrested as part of a multi-pronged investigation that began with the indictment for “compromising national defense secrets” of investigative journalist Alex Jordanov, author of The Shadow Wars of the DGSI (New World, 2019). The searches carried out at the latter’s house led to Malik N., a former police officer from the DCRI, the ancestor of the DGSI, suspected of being one of his sources.

Also read the survey: Article reserved for our subscribers “Project Pegasus”: when Saudi Arabia wanted to spy on the boss of PSG

Malik N., converted into private security, became, in 2018, referent supporters at PSG, where he won the trust of Nasser Al-Khelaïfi by managing the sensitive file of the ultras. He left the club in September. According The Parisianvideos of the intimate life of Mr. Al-Khelaïfi and recordings of his private conversations were found, in October 2021, by investigators at the home of Malik N.

“Not the fifth wheel of the carriage”

Suspected of having used old acquaintances in the police to investigate personalities on behalf of his boss, he was taken into custody at the same time as Mr. Benabderrahmane and another policeman. “My client is not even the fifth wheel of the carriage. It’s not even a carriage wheel,” says Eric Morain, the lawyer for the police officer in question, a former colleague of Malik N. at the DCRI.

Investigators suspect Mr. Benadbderrahmane of playing the role of blackmailer, particularly with regard to the president of PSG. It turns out, as revealed Releasethat the Franco-Algerian settled in Qatar in 2019, where he worked for a paragovernmental organization essentially in the role of lobbyist in favor of the small emirate then in the grip of the boycott of its Saudi, Emirati and Bahraini neighbors.

You have 59.01% of this article left to read. The following is for subscribers only.