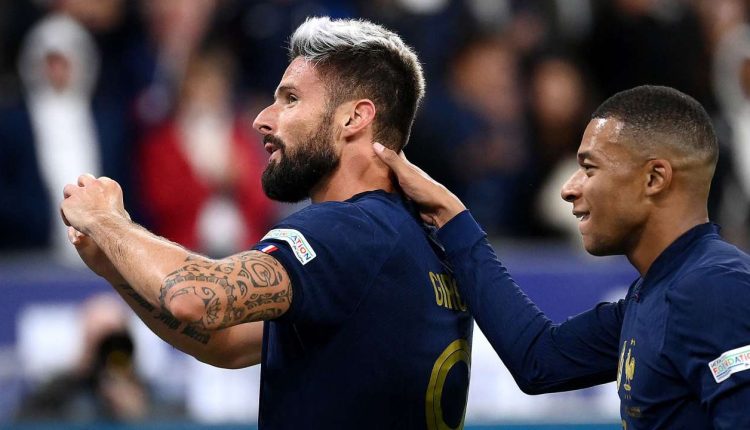 Welcome to this live broadcast of the Nations League football match between Denmark and France. A final dress rehearsal for the Blues before the World Cup in Qatar (from November 20 to December 18), where they will also find the Danes in their group.

What is it about ? From the sixth and final day of the group stage of the 2022-2023 edition of the League of Nations.

Where ? At the Parken Stadium in Copenhagen (Denmark).

Who live? Alexandre Pedro and Valentin Moinard, live from the Chaudron d’Austerlitz.

The (probable) composition of the teams:

France-Austria: thanks to the Mbappé-Giroud duo, the Blues are coming out of the doldrums

Incidents at the Stade de France: Liverpool supporters will file a complaint against UEFA

World Cup 2022 in Qatar: between indignation and refusal of the boycott, the French political parties divided

Football: putting an end to an exceptional regime