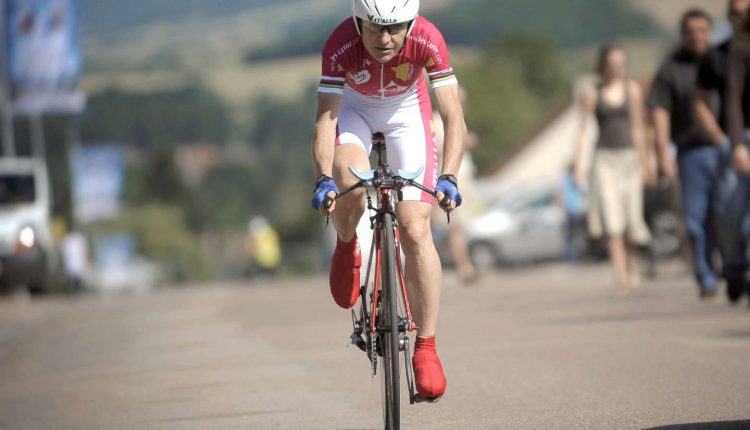 Sunday September 18, on a formal podium, a French cyclist made the sound of The Marseillaise, world champion rainbow tunic on the shoulders. Her name ? Jeannie Longo. We are not in Wollongong, a seaside resort in southeastern Australia which is hosting the World Road Cycling Championships until Sunday September 25, but in Trento in Italy.

Far from the spotlight on the Australian World Championships, the transalpine city organized the Gran Fondo World Championships, a competition of the International Cycling Union reserved for amateurs of all ages. The opportunity for the tricolor legend to come and enrich a little more a prize list, which one even comes to wonder if it manages to take it into account.

In Italy, Jeannie Longo added not one but two world crowns to her collection: those of the time trial and the road race in the 60-64 age category. Ten crowns in total since its first participation in the event, in 2015. An absolute record.

In France, women’s cycling and Jeannie Longo ended up becoming a pleonasm. Her results – 25 French champion titles, 13 world champion among the elites, gold in the road race at the 1996 Olympic Games in Atlanta (United States) – as well as her longevity have contributed to this.

Read also: Thanks to the generation of Juliette Labous, French cycling hopes to return to victory

French women’s cycling has now begun to professionalize and riders like Juliette Labous or Evita Muzic embody the next generation. In the meantime, at the dawn of her 64th birthday (she will celebrate on October 31), Jeannie Longo, she is still pedaling. And remain insatiable.