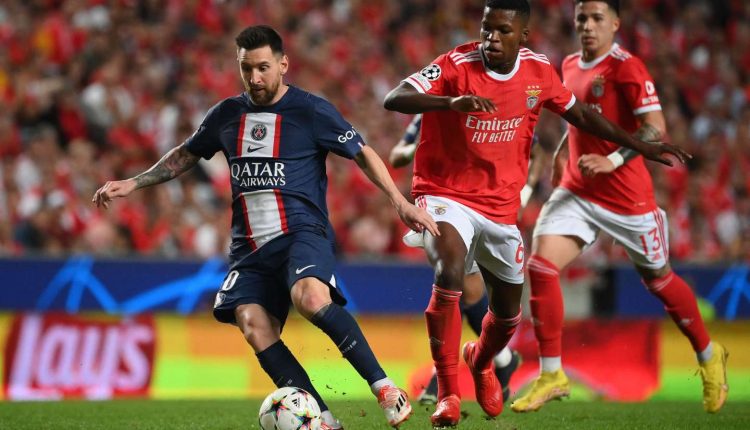 Missed opportunity for PSG to take the lead in Group H alone in the Champions League. At the Estadio da Luz, which really does not succeed for them, as in the final of this same competition in 2020, the Parisians were jostled by Benfica, Wednesday October 5 (1-1). Christophe Galtier’s men showed defensive shortcomings but were able to count on Lionel Messi’s flashes of genius and Gianluigi Donnarumma’s decisive saves.

Against a team that had also won its first two matches against Juventus Turin and Maccabi Haifa, this third match of the group stage was a real test for the Parisians. Although warned, the Red and Blue were still surprised by the intensity displayed by the Lisbon people from the start of the match. With high pressing and a lot of commitment, the Eagles highlighted the defensive feverishness of Paris-Saint-Germain, with a three-man defense reworked in the absence of Presnel Kimpembe, injured. Under pressure, Christophe Galtier’s men were suffocated for more than fifteen minutes, with difficulty getting free, and can thank Gianluigi Donnarumma, decisive five times on reflex stops in the first period.

And while the Parisian midfielder was also suffocated by the Lisbon pressing, PSG was able to rely on its three attacking elements, and especially Lionel Messi, to get their heads out of the water. Against the course of the game, on the second Parisian shot, the Argentinian opened the scoring with a sublime curling shot (22e), while Kylian Mbappé and Neymar were less prominent in Lisbon. This rather unexpected goal put PSG back in the game, and the Parisian club gradually regained possession of the ball, without however materializing its highlight. On the contrary, Benfica took advantage of the passivity of the Parisian defense to equalise, on a goal against his camp by Danilo Pereira (41e), put under pressure by Gonçalo Ramos.

11 – Paris has conceded at least one goal in each of its last 11 C1 trips, the longest series of… https://t.co/5zGHdBwCDL

The Parisians returned with better intentions after the break, and also took advantage of Benfica’s slower pace to settle in the Portuguese camp. More accurate in their transmissions, they called on the Lisbon goalkeeper Odysséas Vlachodímos, without managing to deceive him a second time.

“We always play to win, but it was a tough game. We suffered a little for the first fifteen minutes, but then we started to control. I think that in the second half we have the chances to score, but when we can’t win, we shouldn’t lose.”, reacted Marco Verratti after the meeting at the microphone of Canal +. The Italian midfielder can once again thank his compatriot, Gianluigi Donnarumma, vigilant until the end of the match to repel an attempt by Rafa Silva (80e). The goalkeeper, sometimes decried, this time allows PSG to bring back a point from their Portuguese trip and to keep the head of group H, tied with Benfica.