Björn Borg: “Federer’s class, we’re not about to see that again anytime soon” 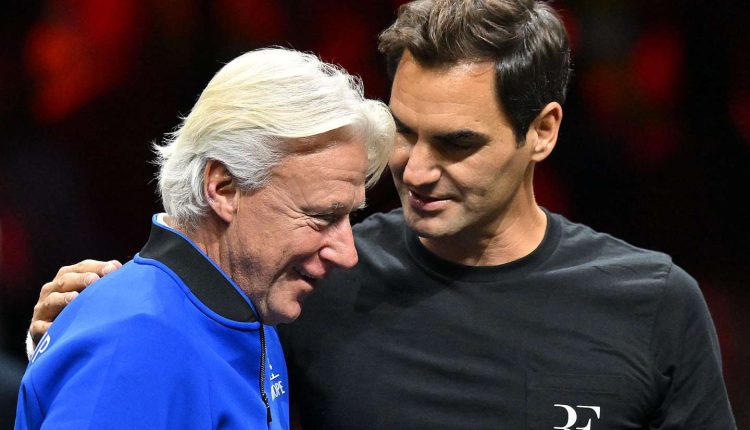 At 66, Björn Borg has lost none of his Nordic phlegm, which electrified the crowds with his headband and his long blond hair now turned silver. A living tennis legend with his eleven Grand Slam titles (six at Roland-Garros and five at Wimbledon), the Swede was one of the first big “stars” of his sport. Although he played 23 times against Jimmy Connors, it was his rivalry with John McEnroe that marked the memories. ‘Ice Borg’ and ‘Big Mac’ have only met 14 times (7-7), but their Wimbledon finals (1980 and 1981) remain etched in the history of the game.

A man of few words, he slipped away furtively from his bench as captain of the European Laver Cup team on Sunday, September 25, to come back to Roger Federer’s retirement for The world, La Repubblica and The Gazzetta dello Sport.

How did you experience Roger Federer’s farewell to tennis on Friday?

It was a very emotional moment, to have been a part of this piece of history meant a lot to me, as I have followed his career for so many years…Roger himself was overwhelmed with emotions, but, most importantly, c was to see that he was happy that things were going this way, during “his” Laver Cup, with Rafa [Nadal].

You yourself had a historic rivalry with John McEnroe. What inspired you the one between Federer and Nadal?

Rafa and Roger shared arguably the greatest rivalry in tennis history. Of course, we shouldn’t forget to include Djokovic in it, but seeing these two crying side by side on Friday night after their double was a barely believable moment. Rafa was as sad as Roger, maybe he was thinking of his own farewell soon? Seeing them play that last game and Rafa coming only for that moment [l’Espagnol, qui doit devenir père dans les prochains jours, est reparti samedi chez lui], it was the perfect ending for Roger. Especially in front of all his family, fans, etc.

How would you sum up Federer’s legacy to his sport?

Roger was one of the greatest players in tennis history. He brought him so much, he promoted his sport like no one before him. He was adored by fans all over the world. And the way he played tennis, that class, we’re not going to see that again anytime soon. Humanly, he was an accessible person, I consider him a friend. I will miss him as he will be missed by everyone.

Have you ever been jealous of his character and his interpersonal skills?

Read also: Article reserved for our subscribers The Laver Cup, the legacy that Federer wants to bequeath to tennis

If you could have borrowed one shot from his game, which one would you have chosen?

Without hesitation his sliced ​​backhand.

Unlike the Swiss, you announced your retirement very early, at age 26 in 1983. Did you regret it?

No, when I decided to leave the world of tennis, I was sincerely happy. Even though I was young, my decision was made [il tentera néanmoins un come-back en 1991, avant de se retirer définitivement en 1993]. I admire Roger, Rafa, Novak [Djokovic] and Andy [Murray] play for so long, but for my part, I have no regrets.