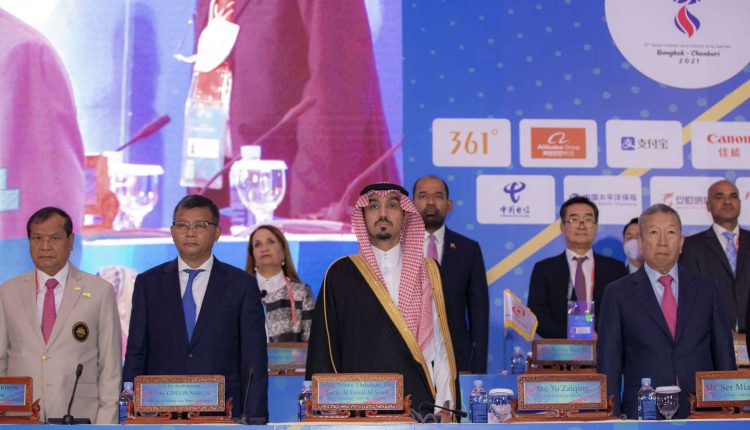 PMainly known for its deserts and extreme heat, the kingdom of Saudi Arabia was chosen on October 4 to organize the 2029 Pan-Asian Winter Games. That the sum of these two pieces of information produces cognitive dissonance will not surprise anyone. Even less in the context of the controversies which already surround the next Football World Cup, scheduled for this fall on the soil of another country in the Arabian Peninsula, Qatar, in air-conditioned open-air stadiums.

Also read the column: Article reserved for our subscribers Calls for a boycott: “The World Cup in Qatar is the (big) drop that makes the cup overflow”

China had paved the way in February, during the Winter Olympics held in Beijing, with for the first time completely artificial snow. The kingdom pushes the limits of the absurd even further, with planned skiing and speed skating events. Admittedly, it can happen that it snows in Saudi Arabia, but the excitement that the rare snowflakes arouse then testifies precisely to their extreme rarity.

These Asian Winter Games will take place in the province of Tabouk, bordering Jordan and bathed by the Red Sea. It faces the Strait of Tiran, which separates it from the Egyptian city of Sharm El-Sheikh. The next COP27 on climate change will be held in the latter in November. The delegates who hurry there will be able to discuss at leisure on this Saudi parable. It perfectly illustrates the systematic subordination of environmental issues to the imperatives of power and prestige.

Read also: Article reserved for our subscribers As COP27 approaches, climate negotiations are focusing on the issue of funding

A year ago, the Kingdom of Saudi Arabia launched a “Green Initiative” to achieve carbon neutrality by 2060. It was about planting billions of trees, massive reductions in greenhouse gas emissions from 2030, and the virtual doubling of the kingdom’s protected areas, including in the province of Tabouk. On September 24, at the United Nations General Assembly in New York, the Saudi delegate reiterated his country’s commitment to the fight against global warming.

The lever of money

These laudable objectives remain clearly compatible, according to Saudi logic, with the environmental affront that the preparation and holding of the Asian Winter Games will constitute. Their organization responds it is true to an objective that has nothing to do with sport and even less with ecology. This is to promote a project that is particularly close to the heart of the strong man of Riyadh, Crown Prince Mohammed ben Salman, recently promoted to Prime Minister: the creation ex nihilo in this province of Tabouk of a futuristic city, Neom.

Mohammed Ben Salman, whose reputation remains tainted by the assassination and dismemberment of dissident Jamal Khashoggi, is in fact trying to copy, with a few decades of delay, the flashiest city in the United Arab Emirates, Dubai. There is no better way to express the anachronism of a project whose elements of language refer to the inimitable jargon of international strategy consulting firms.

That the hubris of a potentate leads him to embrace the prospect of Winter Games in the middle of the desert can, alas, be conceived. On the other hand, it is deplorable that the lever of money leads the organizing committees of such events to free themselves from any other consideration and to remain deaf and blind to the awareness in societies of the ever-increasing cost of disruptions climates, and what drives them. These drifts are dead ends. It should be recognized as soon as possible.