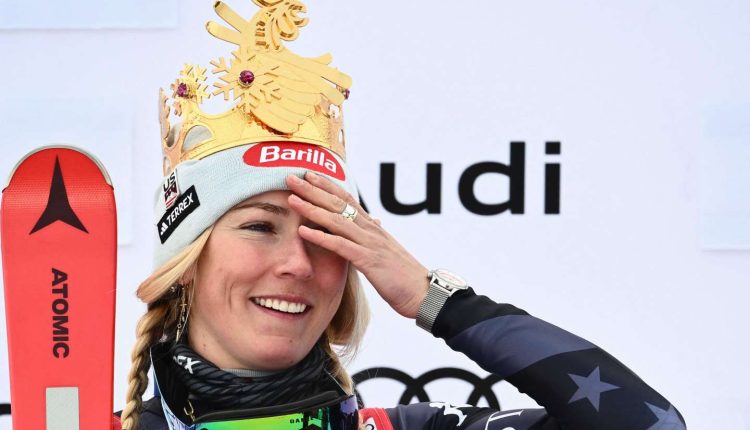 The question was no longer whether she would get there but rather when she would get there. Tuesday, January 24, Mikaela Shiffrin won her 83e victory in the Alpine Skiing World Cup, a record in the discipline, by winning the first of two giant slaloms in Kronplatz, Italy.

Thanks to this ninth success of the season – four in slalom, four in giant and one in super-G – the American, who will celebrate her 28th birthday in March, now has one victory more than her compatriot Lindsey Vonn. It will have taken only two weeks, since her last success in Kranjska Gora (Slovenia) on January 8, to become the sole record holder. And she can already before the end of the season in Soldeu (Andorra) beat the absolute record held by the Swede Ingemar Stenmark, with 86 World Cup successes obtained in the late 1970s – early 1980s.

The skier from Vail, Colorado, can equal this mark by the World Championships in Méribel (February 6-19) if she wins the three women’s races on the program, Wednesday again at Kronplatz in giant slalom then Saturday and Sunday in Spindleruv Mlyn (Czech Republic) in slalom, his favorite discipline with 51 career victories, again a record.

“I don’t know what to say right now…”she reacted hot on Eurosport, preferring to have a word for the preparers of the track: “These are the best conditions we have had this season in a race”she assured.

During the first giant of Kronplatz, Mikaela Shiffrin put on a demonstration by clocking the best time of the two runs. She is ahead of the Swiss Lara Gut-Behrami by 45/100 and the Italian Federica Brignone by 1 sec 43/100. Winner in 2021 in the Dolomites, Frenchwoman Tessa Worley finished fifth in the race.

Mikaela Shiffrin, who returned empty-handed from the Beijing Olympics in February 2022, then recovered in the most beautiful way by winning the big globe in the general classification, the fourth of her career. Solid leader of the circuit – she has more than 550 points ahead of her closest pursuer, Lara Gut-Behrami – the American is ideally launched for the Worlds in France during which she is aiming for a record harvest of medals.