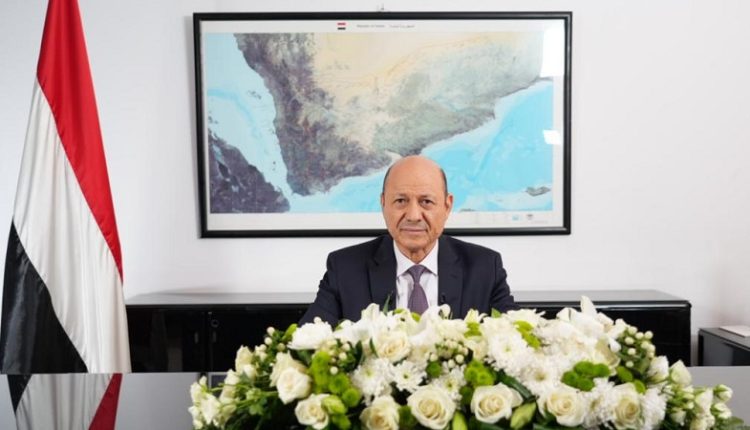 The past few hours witnessed widespread Yemeni tribal and social movements to support the Presidential Leadership Council and the Yemeni government to confront the escalation of the terrorist Houthi militia and its continued rejection of any international peace efforts.

Yemeni tribal and local sources stated that a number of tribal leaders flocked to the legitimate areas to provide full support for the council and the government, to confront the Houthis, in conjunction with official moves to implement the decision to classify it as a “terrorist group” and to confront its attacks against oil facilities and ports.

She pointed out that tribal delegations from the militia areas and others from the liberated areas met with a member of the Presidential Leadership Council, Brigadier General Tariq Saleh, on the western coast, and expressed their willingness to stand with the legitimacy in confronting the “imminent dangers” in Yemen as a result of the militia’s escalation towards international navigation.

For its part, the militias continued yesterday to launch terrorist attacks with drones on the site of the joint and southern forces on the fronts north of Al-Dhalea, where a soldier was killed and three others were wounded, in a Houthi attack by a Houthi drone on the “Jub site”.

The United Kingdom renewed its condemnation of the Houthi attacks against oil facilities, ports and civilian areas with marches and ballistic missiles, and threatened to take measures that would lead to the imposition of sanctions against Houthi leaders.

For its part, the Presidential Leadership Council continued, yesterday, the procedures for implementing the National Defense Council’s decision to classify the Houthi militia as a “terrorist group”, and directed the government to start implementing the sanctions regime against entities and persons collaborating with the Houthis.

According to the official Saba Agency, the proposed measures include punishing the leaders of the Houthi militia and its affiliated entities, and individuals involved in a suspicious financing network to provide financial and service support to the terrorist group.

The procedures place a number of mediators and individuals impersonating public positions under penalty of punishment due to the financial, technical, commodity and service facilities they provide to terrorist militias.

The presidential and governmental measures included rebuilding the army and security institutions, activating the judiciary and law enforcement agencies, regularizing salaries, improving revenues and mobilizing regional and international support in addition to these reforms and pushing them forward to achieve their desired goals.

In this context, the Council renewed its appreciation for the positions of the Kingdom of Saudi Arabia and the United Arab Emirates, and their standing by the Yemeni people, the Presidential Leadership Council, and the government.

On the ground.. Violent battles erupted, during the past hours, between the Yemeni army forces and the Houthi militia in the governorate of Saada, the main stronghold of the Houthis, in northern Yemen, against the backdrop of the Houthis’ attempt to infiltrate and advance towards the army’s positions in the border directorate with Saudi Arabia.

It confirmed that the militias suffered losses in materiel and lives, and were able to thwart Houthi attempts and attacks, and force their elements to retreat to their previous positions.

On the other hand, the militias have frozen the activities of a number of charities and humanitarian organizations in Saada, which deprives thousands of sick, displaced and poor people of the free services provided by these associations and organizations.

In Marib, confrontations between the two sides were renewed on the fronts of the southern axis of the governorate, in which both sides used heavy and medium weapons, according to a field source, indicating that the militias received focused and accurate strikes that led to the destruction of artillery positions and weapons in the sandy axis.