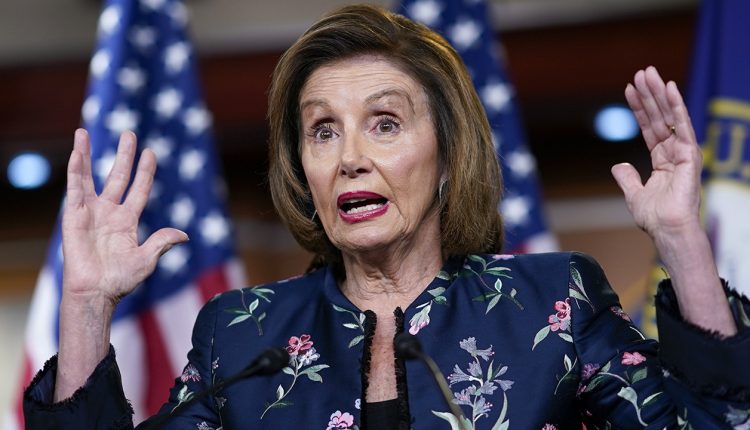 Many pro-law enforcement Democrats are keeping quiet after House Speaker Nancy Pelosi, D-Calif., postponed the vote on law enforcement legislation in order to focus on passage of the Inflation Reduction Act of 2022, but some in the party are anxious to move the package forward.

The police funding legislation, which would increase funding for state and local police departments, was pushed back by Pelosi for a second time on Wednesday.

Rep. Chris Pappas, D-N.H., one of the congressman pushing for the Invest to Protect Act, told Fox News Digital after the announcement of the delay that he wanted the House to consider law enforcement legislation as soon as possible.

“From the COVID-19 pandemic to the ongoing addiction crisis and spikes in crime and violence, our law enforcement officials and first responders need additional support to meet our communities’ needs and keep people safe,” said Pappas. “They can’t do this alone, and that is why in Congress I’ve led the fight to bring additional funding and support to our first responders and law enforcement.”

Speaker of the House Nancy Pelosi, D-Calif., says all the focus in the House needs to be on passing the Inflation Reduction Act of 2022.
(AP Photo/J. Scott Applewhite)

Fox News Digital reached out to several Democratic representatives who have supported the bipartisan Invest to Protect Act seeking a comment in response to Pelosi pushing back the vote on the bill. Most did not respond.

In a press release this week, Pelosi said “our focus must remain on passing the [Inflation Reduction Act], as conversations continue on finding consensus for a robust public safety package. We salute the work led by Chair Joyce Beatty and Members of the [Congressional Black Caucus], working with Representatives Josh Gottheimer, Abigail Spanberger and Tom O’Halleran, to advance a package that is rooted in two of Democrats’ most cherished values: justice and safety.”

Pelosi noted that more negotiations were needed in order to come to an agreement on the police funding bill before it could be voted on, then went on to tout the House Democrats’ work on public safety measures so far, citing President Biden signing the “historic gun violence prevention legislation.”

Pappas told Fox News that “there are several bipartisan bills I support that have been introduced in the House, and I continue to call for them to come to the floor for a vote as soon as possible.”

Rep. Chris Pappas, D-N.H., was the only Democrat to respond to Fox News Digital’s request for comment.
(Andrew Harrer/Bloomberg via Getty Images)

The vulnerable House Democrats who co-sponsored the police funding bill, but did not respond to Fox News Digital for a statement on the delay, include Reps. Elaine Luria and Abigail Spanberger of Virginia, O’Halleran of Arizona, Gottheimer of New Jersey and Sharice Davids of Kansas.

Fox News Digital also reached out to former Orlando Police Chief and Florida Senate candidate Rep. Val Demings, D-Fla., who is seeking to challenge Republican Sen. Marco Rubio in November. Demings, who has faced GOP attack ads claiming she aligned herself with the Defund the Police movement in 2020, said that she will continue to try to bring pro-police legislation to the floor.

“Since my first day in Congress, I’ve fought for the funding, resources and training that our law enforcement officers need to do their jobs. I’ll keep up that work. My bipartisan legislation would fund police investigations and track down murderers and violent criminals and I will keep working to bring together Democrats and Republicans to keep the American people safe,” Demings told Fox News Digital in an exclusive statement Thursday.

Sen. Joe Manchin, D-W.Va., is pushing the Inflation Reduction Act of 2022, after shutting down the previous version of the legislation, the “Build Back Better Act.”
(Chip Somodevilla/Getty Images)

The Congressional Black Caucus did not respond to Fox News Digital’s request for comment.

The Inflation Reduction Act of 2022 passed the Senate on Sunday in a party-line vote and is scheduled to be considered in the House of Representatives on Friday, as Democrats push for rapid passage months ahead of November’s midterm elections.