US expert: Russia’s war in Ukraine will not lead to World War III 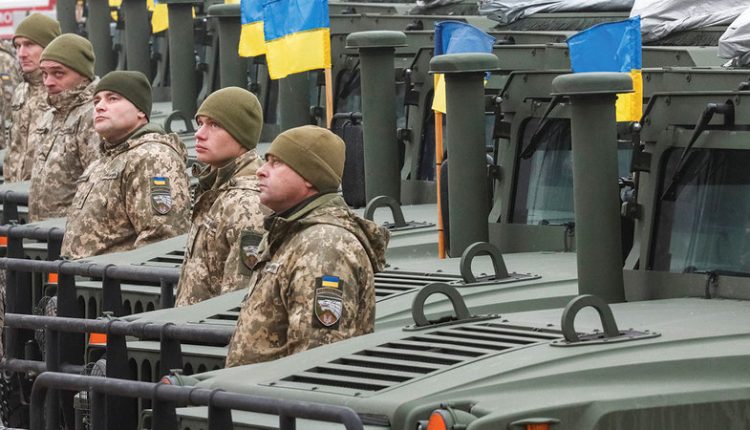 The Russian war in Ukraine is still going on without a clear horizon for its end, and without a ceiling of expectations from which to conclude what its results will eventually lead to, which led some to speculate that an escalation at some point between the major powers could lead to the outbreak of a third world war, but This prediction was met with skepticism from some analysts.

In this context, Jason Davidson, a professor of political science at the University of Mary Washington, says in a report published by the “National Interest Magazine”, that there is increasing concern that the policy of the administration of US President Joe Biden in Ukraine will fall into an escalation spiral, which could lead to an escalation. It eventually leads to a third world war. At first glance, Davidson argues, the history of the United States’ entry into World War I and World War II appears to be the perfect cautionary tale to support those concerned about the dangers of escalation.

In 1914 and 1940, the US government took a firm stand against going to war. In both historical cases, increased US aid to one side of the belligerents provoked hostile reactions and contributed to a security spiral that made US involvement in both wars more likely.

According to Davidson, there are two notable differences between the two world wars and the current situation that provide reason for optimism in this case.

First, as the early years of the two world wars unfolded, the US government’s threat perceptions were reinforced by the successes of the principal enemy on the battlefield and actions targeting the United States.

These heightened threat perceptions prompted the United States to escalate, which was a critical factor in the security spiral. Either way, the American people and Congress watched with horror the carnage unfolding in Europe.

The only thing that overcame their reluctance to pay for war was the growing perception that Imperial Germany and Nazi Germany were threats to American interests.

Since the Russian war on Ukraine on February 24, American policymakers have lowered their assessment of Russian military power, and Moscow has not taken any significant new action to threaten American interests, so there is no reason for the United States to risk war by escalation.

Nuclear arsenals on both sides constitute a second new factor in this case. Today, war with Russia portends not only massacres, but also a battle of the end of the world, and the danger of this battle imposes an exceptional level of caution, which is evident in the real concern of the American public opinion and Congress about the danger of war with Russia.

The Biden administration, too, exercised great care to avoid any dangerous escalation that might lead to a direct conflict between the United States, North Atlantic Treaty Organization (NATO) and Russia. The US administration has consistently rejected calls for a no-fly zone or any other measure that could risk a direct military clash with Russia. “We will not go to war with Russia in Ukraine,” Biden said in March.

The administration has also been cautious about the type of military aid provided.

While both sides suffered heavy losses, it was Ukraine that took the lead, and these setbacks expose Russia’s pre-war weaknesses.

As the US ambassador to NATO, Julian Smith, said in an interview in July, many believed that Russia’s military modernization after 2008 had been successful. Instead, she said, the war revealed that despite the investments, “they (the Russians) were not able to overcome some of the basic challenges” that existed previously, in logistics, command and control, and morale.

In addition, the war itself contributed to further losses of Russian power.

Finally, and in contrast to the two world wars, Russia has not escalated its actions against the United States or American interests since the war began. White House administration officials realized the need to avoid any scenario that could lead to a World War III nuclear exchange with Russia.

In April, CIA Director William Burns warned that “none of us can underestimate” the threat posed by a potential resort to nuclear weapons.

“The main goal is to ensure that we don’t end up in a situation where we’re on the path to World War III,” National Security Adviser Jake Sullivan said, when asked about providing Ukraine with tactical missile systems for the military.

Despite these reasons for optimism, the risks require constant vigilance.

And the Biden administration should continue to pay close attention to the signals Russia is sending in response to Ukraine’s battlefield successes or any new Western military aid to Ukraine.

In a related context, US officials should not assume that they are able to keep any weapons they supply to Ukraine secret.

Finally, the United States, too, needs to maintain pressure on Ukraine not to use Western military aid in ways that are likely to lead to an escalation from Moscow.

• Since the Russian war on Ukraine last February 24, US policy makers have lowered their assessment of Russia’s military power, and Moscow has not taken any significant new action to threaten US interests.

• These setbacks reveal the Russian weaknesses that existed before the war.

Talks continue to extend the armistice in Yemen

Russians arrested in thousands while…

The Iraqi Kurdistan Party and the…