Ukraine is waiting for the tanks of the West.. and Russia pledges to burn them 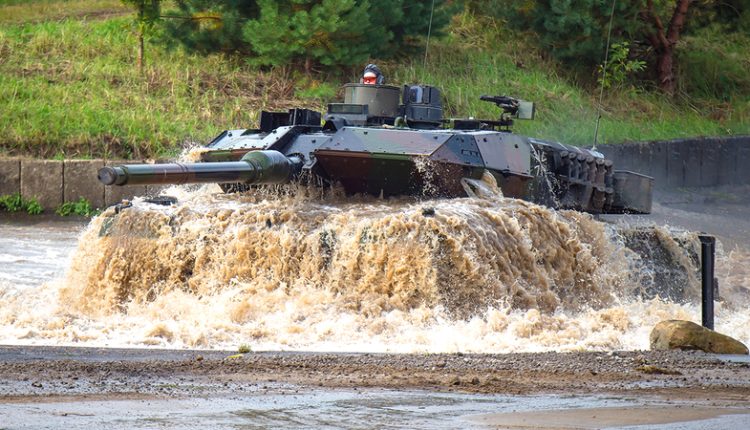 A number of Western countries announced their participation in plans to send tanks to Ukraine, Germany decided to send Leopard tanks to Kyiv, and US officials revealed a preliminary agreement to send Abrams tanks to help Ukraine, while the Kremlin pledged to burn Western tanks if they were delivered to Kyiv. Yesterday, Berlin gave the green light for the delivery of Leopard tanks to Ukraine, and German government spokesman Stefan Hepstrait said, in a statement, that Germany will deliver 14 Leopard 2A6 tanks to Ukraine from its army stocks, and will also allow countries wishing to supply them to Ukraine. Kyiv with tanks in its possession.

German Chancellor Olaf Scholz defended his government’s decision to supply tanks to Ukraine, and said that Germany acts in military support to Ukraine according to the principle of providing what is necessary, while avoiding an escalation of the conflict between NATO and Russia, while Ukrainian President Volodymyr said. Zelensky, in conversation with Schulz yesterday, said he was sincerely grateful for the green light given by Berlin to give his country Leopard tanks.

In Washington, two US officials told Reuters yesterday that the United States appears to be preparing to start a process that will lead to sending dozens of M1 Abrams tanks to Ukraine, and this decision, if taken, will come just days after Washington expressed opposition to sending these tanks. Tanks, despite the demands of Kyiv.

The two officials, who spoke on condition of anonymity, said an announcement might be made this week. They added that the Abrams tanks are likely to be purchased through a fund known as the Ukraine Security Assistance Initiative that allows the administration of US President Joe Biden to obtain weapons from the defense industry rather than from existing US weapons stocks.

One of the officials explained that the Biden administration could use the initiative to buy Abrams tanks from allies who owned them, and then refurbish them and send them to Ukraine.

The Pentagon declined to say whether Washington would supply Ukraine with the tanks, but reiterated the challenges posed by the Abrams model.

“(The M1 Abrams) is a complex weapon system that is difficult to maintain, and we continue to have discussions with the Ukrainians and our allies and partners regarding Ukraine’s medium- and long-term defense requirements,” State Department spokesman Brigadier General Pat Ryder told reporters.

In addition, the Spanish newspaper “El Pais” reported that Madrid will join the measures taken by European countries to provide “Leopard” tanks to Ukraine.

She added that the Spanish government is currently studying how the country can contribute to the program, which will be supported by a number of countries, whether by sending tanks directly or through funding. The newspaper said that the Spanish army has 347 Leopard tanks.

In Geneva, the Swiss parliament’s Security Policy Committee recommended scrapping a long-standing policy banning the transfer of Swiss-made weapons to countries engaged in active conflicts, amid growing pressure on the country to step up support for Ukraine.

The committee recommended allowing the transfer of weapons to conflict zones under certain conditions in response to Russia’s war on Ukraine, and called for lifting the ban on re-export in the case of Ukraine.

Sweden announced that it had no preparations underway to send Leopard 2 combat tanks to Ukraine, but did not rule out sending them in the future. “Currently, there are no preparations for donating tanks from Sweden, but we do not rule out that this will happen at a later stage,” Swedish Defense Minister Pal Johnson told the newspaper “Svenska Dagbladet”. He had already told Swedish Radio last Friday that there were no objections in general to sending tanks to Ukraine. The German News Agency (dpa) quoted media reports that Norway is also considering sending Leopard 2 tanks to Ukraine, and that the Oslo government is currently studying this, and has not taken a decision yet.

On the other hand, the Russian embassy in Berlin strongly criticized the German government’s announcement of its intention to supply tanks to Ukraine, and said that Berlin’s decision was very dangerous. Because it will raise the conflict to a new level of confrontation.

Yesterday, the Kremlin announced that if Western countries provide Ukraine with heavy tanks, these mechanisms will be destroyed on the battlefield. Kremlin spokesman Dmitry Peskov told reporters: “From a technological point of view, the plan is a failure and an exaggeration of the capabilities that will be added to the Ukrainian army. These tanks will burn like any other. It’s just too expensive.”

On the ground, the Ukrainian army acknowledged the withdrawal from Solidar, after Moscow declared control of it two weeks ago, and the military spokesman in eastern Ukraine, Sergey Cherevaty, said: “After difficult battles for months, the Ukrainian forces withdrew from the city to equipped positions,” refusing to specify the date of the withdrawal.

And the Russian Ministry of Defense announced that the Russian frigate “Admiral Gorshkov” had simulated the launch of a hypersonic missile. The ministry added that the frigate used the modeling method to simulate the launch of a “Zircon” missile targeting a target in the western Atlantic Ocean, 900 km away. The Admiral Gorshkov frigate will sail to South Africa to participate in joint exercises with the navies of China and South Africa.