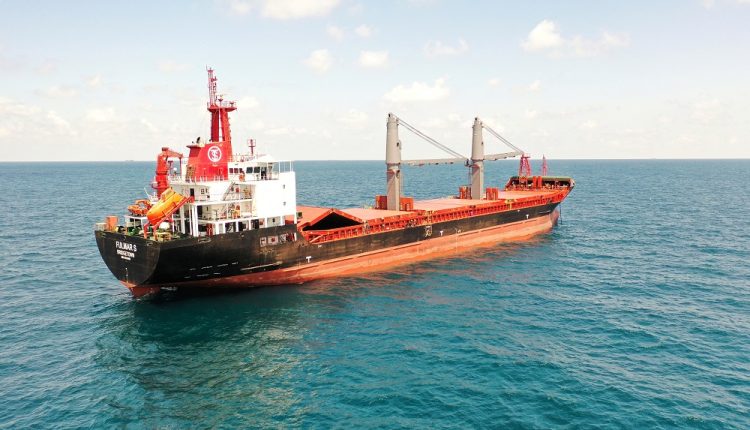 Turkish Defense Minister Hulusi Akar discussed, by phone, the Ukrainian Defense and Infrastructure Ministers, the developments of grain shipment through the Black Sea within the framework of the Istanbul Agreement.

This came during a telephone conversation with Ukrainian Defense Minister Oleksiy Reznikov, and another with Ukrainian Minister of Infrastructure Oleksandr Kobrakov, according to a Turkish defense statement, which was quoted by the Turkish Anatolia News Agency on Saturday.

The ministry indicated that Akar exchanged views with the two Ukrainian ministers on the latest situation in the grain shipment process from Ukrainian ports.

The Ministers expressed their satisfaction with the continued momentum in grain shipment and the work being carried out in an atmosphere of cooperation and coordination within the Joint Coordination Center in Istanbul.

On Thursday, the ship “Razoni”, loaded with the first shipment of grain, crossed the Turkish Strait of Çanakkale (Dardanelles), to continue its way to the Lebanese port of Tripoli, after leaving the ports of Ukraine on Monday.

In a related context, the Turkish Ministry of Defense announced today the start of an inspection of the “Navi Star” ship, which was loaded with 33 tons of corn, while it was heading from Ukraine to Ireland.

In another statement, the ministry said that a second ship carrying 13 tons of corn docked north of Istanbul, in preparation for its inspection on Sunday morning.

What heating oil suppliers are currently…

The country where interest rates are…