Turkey responds to the “American request”: We will not allow any terrorist activity, and operations continue successfully 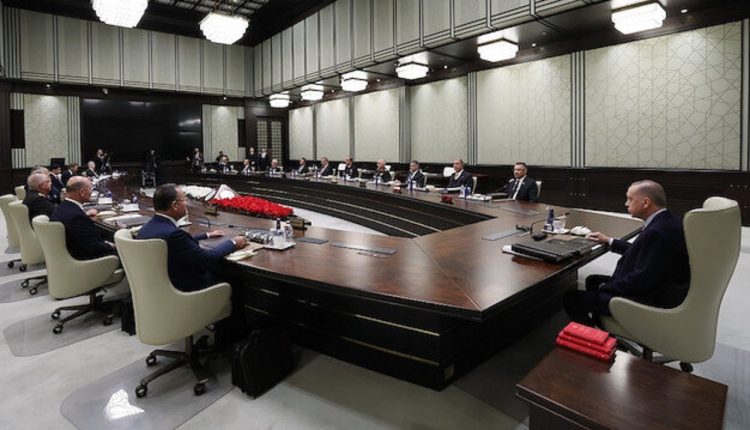 The Turkish National Security Council stressed that Ankara will take the necessary steps to prevent the presence and activity of any terrorist organization in the region.

This came in the statement issued today, Thursday, after the end of a meeting of the council chaired by President Recep Tayyip Erdogan in the capital, Ankara.

The statement indicated that the Council received a briefing on the ongoing operations with determination, determination and success inside and outside the country against all threats and dangers against national unity and the country, led by the terrorist organizations “BKK/KGK” and “BYD/YPG”. Possible additional measures in this regard.

The Council affirmed that the operations carried out along the country’s southern borders within the framework of Article 51 of the Charter of the United Nations with the aim of ensuring the security and defense of the country, its only goal is terrorist organizations.

He said, “It has been confirmed that no terrorist organization will be allowed to exist and operate targeting our borders, cities, citizens, and security forces in the region, and that the necessary steps will be taken to achieve this.”

He pointed out that the Turkish security forces attach importance to the principle of working with full devotion to national and international law, human rights and conscience, in their heroic war against terrorism.

He stressed that Turkey will not tolerate in any way the targeting of its security forces by parties that resort to lies and fatwas to relieve the separatist terrorist organization, which is receiving severe blows.

This came after the Pentagon announced that US Defense Secretary Lloyd Austin told his Turkish counterpart that “Washington strongly opposes Ankara’s launch of a military operation against the Kurds in northern Syria.”

The Council stressed that Turkey is waiting for Greece, which is indifferent to Ankara’s conciliatory and sincere approach and its proposals for solution-oriented dialogue, to end its activities that violate international law and treaties, foremost of which is the arming of the islands (in the Aegean Sea) with a non-military status.

Starting US talks to return to calm in the Palestinian territories