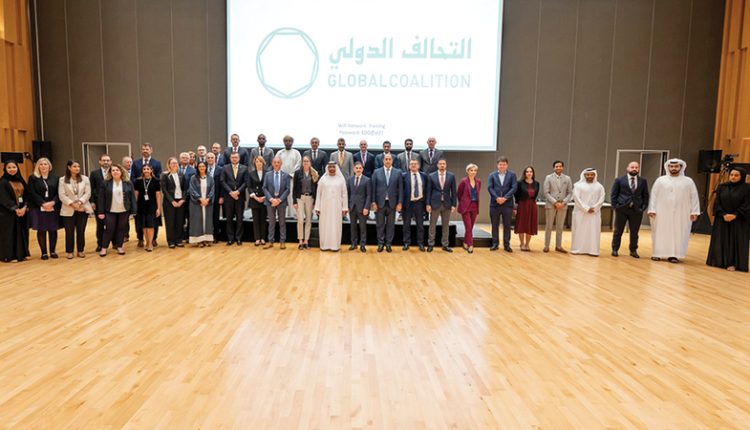 The UAE hosted the meeting of the Stability Group of the International Coalition Against ISIS, chaired by Sultan Muhammad Al Shamsi, Assistant Minister of Foreign Affairs and International Cooperation for International Development Affairs, and jointly led by the UAE, Germany and the United States, and in the presence of members of the group, which was held at the headquarters of the Anwar Gargash Diplomatic Academy in Abu Dhabi.

The meeting focused on discussing many issues related to supporting stability in the areas liberated from the terrorist organization “Daesh” in Syria and Iraq, and the financing needs to re-support the refugees and displaced persons in the Al-Hol and Al-Jada camps, reintegrate them into society, and provide health and educational services and other basic services such as energy and provision of Livelihoods and job opportunities, and enhancing food and water security.

During his opening speech, Al Shamsi affirmed that the UAE is determined to continue its participation in the international efforts exerted to achieve the requirements of stability in the areas liberated from the terrorist organization “ISIS” in Syria and Iraq, within the framework of the international coalition against “ISIS”, which aims, during the next stage, to ensure the return of successful for the displaced and refugees to their communities in the liberated areas.

Al Shamsi indicated that the meeting is an opportunity to share views, explore new ways of cooperation, and expand the efforts of the global coalition to defeat ISIS, especially in the long term.