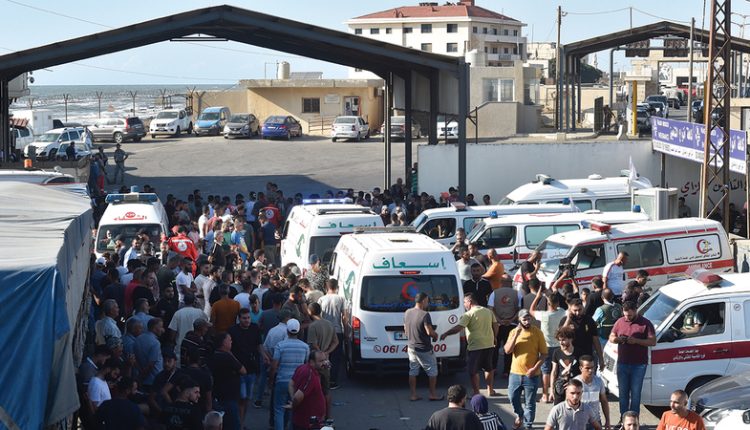 The number of victims of the Lebanese boat that sank, the day before yesterday, has risen to 80, while the rescue teams of the Syrian and Russian armies are searching for survivors.

The Syrian Minister of Health, Hassan al-Ghubash, said in a statement to reporters from the Al-Basel Hospital in Tartus: “The number of victims of the sinking of the boat off the coast of Tartous has risen to 77, and the search for the missing is still continuing, and the number of survivors is 20, including eight in intensive care.”

The Syrian minister added, “The state’s medical and judicial agencies are working to identify the victims in Al-Basel Hospital before transporting them in the cars of the Health Directorate and the Syrian Red Crescent to the Arida border crossing with Lebanon, to be handed over to the Lebanese Red Cross.”

For his part, a source in Tartous Governorate confirmed that the rescue teams of the Syrian army, the Russian forces, the Ports Directorate, the people of Arwad Island, and a number of fishermen were trying to search for bodies in the depths of the sea, and “it was reported that three more bodies were recovered, bringing the number to 80 drowned.” .

The source added that “the Lebanese Red Cross received the bodies of nine people and six wounded, and most of the bodies belonged to Syrians and a number of Palestinians.”