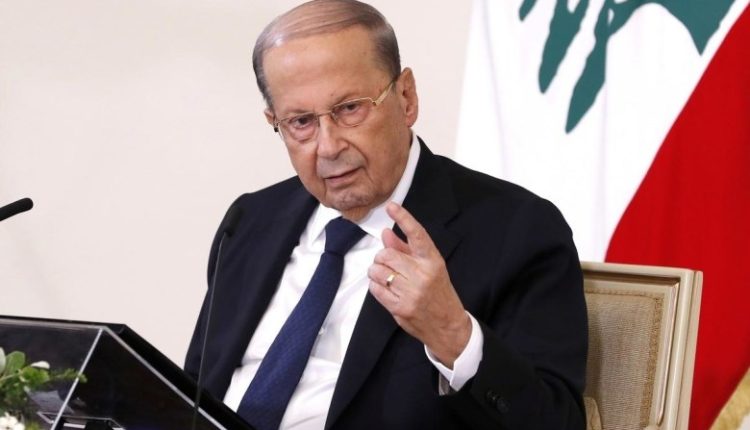 Today, Wednesday, Lebanese President Michel Aoun reviewed the measures that will be adopted to implement the plan for the return of Syrian refugees in phases.

According to a statement by the Lebanese presidency, Aoun chaired a meeting today at Baabda Palace, which was attended by Minister of Foreign Affairs and Emigrants Abdullah Bou Habib, Minister of Social Affairs Hector Hajjar, and Director General of Public Security Major General Abbas Ibrahim. established by the Lebanese government for this purpose.”

After the meeting, Minister Al-Hajjar said that “today a lot of proposals were studied, and a number of steps and procedures were taken, and they will be implemented through the relevant ministries and departments, and they must be consulted in an ascending manner.”

He revealed a meeting with the United Nations High Commissioner for Refugees to inform it of several issues related to Lebanese laws, and how to coordinate and work together with each other.

In response to a question about the continuation of the agreement with Damascus, Minister Hajjar said, “The communication with the Syrians has never been interrupted, either on the issue of the displaced or others.

On the other hand, the Lebanese President announced today that Lebanon adheres to its rights to its waters and resources.

Aoun said, when receiving a delegation that included many Lebanese residing in France, that “Lebanon has gone a long way in the negotiations to demarcate the southern maritime borders, which will be completed in order to reach an agreement in this regard under the auspices of the United Nations and the mediation of the United States of America.”

Italy.. Abolition of mandatory wearing of masks on public transport

For economic reasons, the BBC Arabic radio station closed after 84 years of operation

Under the directives of Mohammed bin…

Health: More than 10% of French people…