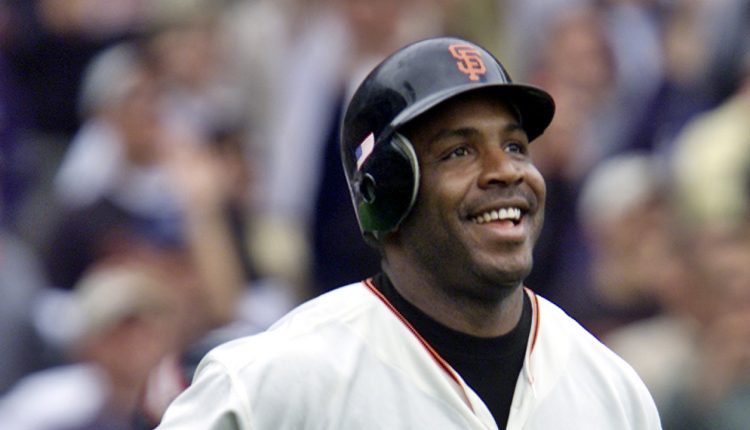 There’s a reason Barry Bonds and Roger Clemens aren’t in the Hall of Fame: Congress.

The path of these players to Cooperstown was once as direct as a stroll to first base after an intentional walk. Then lawmakers crashed through their careers with the abandon of a base runner busting up a double way.

Diehard fans, sabermetricians and devotees of Bill James will tell you the careers of these players mirrored or even topped the achievements of Babe Ruth, Stan Musial and Tom Seaver. Bonds could jack a three-run shot into McCovey Cove in San Francisco. Batters shuddered when facing Clemens’ 98-mph fastball. But all it took was one day in Congress to divert those players from baseball immortality.

Major League Baseball had a problem in the 1990s: Doping.

Still, baseball fans marveled at the home run race between McGwire and Sosa in 1998. Sosa and McGwire battled each other to break the single-season home run record of 61 set by Roger Maris in 1961. Sosa finished the season with 66 home runs. But McGwire surpassed Maris, cracking 70. Imagine hitting 66 home runs and not leading the league.

After what Congress put them through, they’d be lucky to make it to Utica. Bonds and Clemens didn’t capture enough votes to qualify for the Hall of Fame this year. It was their final year of eligibility. McGwire, Sosa and Palmeiro fell off the ballot years ago.

The House Oversight Committee convened a hearing March 17, 2005. Among those summoned to testify were Sosa, McGwire and Curt Schilling (another one who’s not in the Hall, perhaps for other reasons) and Canseco. Canseco’s stat line isn’t as impressive as some of the others. But the case can be made that Canseco is a borderline Hall of Famer.

The San Francisco Giants’ Barry Bonds smiles as he begins to round the bases after he hit his 73rd home run of the season against the Los Angeles Dodgers in San Francisco
(AP Photo/Eric Risberg, File)

Every network in America carried the hearing live – from C-SPAN to ESPN. The panel did not ask Bonds to appear at that hearing.

At the time, Bonds faced scrutiny as part of a federal investigation into the Bay Area Laboratory Cooperative (BALCO). In the eyes of many, the conspicuous absence of Bonds due to the federal inquiry spoke louder than anything said into a microphone at the witness table that day.

McGwire hunched over the witness table that day nearly 17 years ago, disappearing into his chair like a fourth-grader summoned to the principal’s office.

McGwire repeatedly invoked the Fifth Amendment against self-incrimination, refusing to “talk about the past.”

Sosa claimed his English was so poor he couldn’t understand the questions. Palmeiro lectured the members.

Major League Baseball suspended Palmeiro for his use of performance-enhancing drugs a few months later – just after Palmeiro secured his 3,000th career base hit.

Lawmakers berated some of the most storied players in the history of the game that day. Sen. Bernie Sanders, I-Vt., then serving in the House, marveled at the bank of TV cameras in the room. Sanders mused that perhaps lawmakers should haul in famous players when the House conducted hearings on health care or education. Rep. Stephen Lynch, D-Mass., blasted the players, saying he was “disappointed in the testimony.”

The hearing shook the public’s attention. And, it caught the attention of Major League Baseball.

The report highlighted Clemens as one user. The House Oversight Committee invited Clemens to appear for a closed-door deposition. Later, Clemens requested an open hearing to clear his name. Things only devolved for Clemens from there.

“Somebody was lying,” said former Rep. Tom Davis, R-Va., then the top GOPer on the committee. “(Clemens) was a likable figure in sports. He was beloved. But he got up there and you had two different stories. And so we sent it to Justice.”

The committee prepped a perjury referral of Clemens to the Justice Department. The Feds indicted Clemens. The case went to trial. The court finally cleared Clemens. But the die was cast. Clemens has never scored enough votes to reach the Hall of Fame.

In addition, Major League Baseball tightened its rules on performance-enhancing drugs. MLB’s policy lagged far behind standards for the Olympics, NHL and NBA.

“We could have been a lot tougher on the players,” said Davis. “They didn’t want to testify against themselves. But they were all on board with changing the game. And that’s what we did.”

Debates about who deserves a plaque in the Hall of Fame are as heated as arguments over the infield fly rule and the designated hitter. The baseball writers elected former Red Sox star David Ortiz to the Hall this year. It was widely reported that Ortiz was part of a batch of players who tested positive for performance-enhancing drugs in 2003, but before MLB formalized a testing program.

Bonds never tested positive for drugs. So look who’s in the Hall. Baseball will soon enshrine Ortiz. Bonds and Clemens remain on the outside looking in. We haven’t even probed questions about Pete Rose and Shoeless Joe Jackson. Rose and Jackson remain ineligible for Cooperstown for betting and allegedly throwing World Series games. But decisions about who’s in or out are about as clear as a hard slider nipping the black of the plate.

Cap Anson won multiple batting titles and is in the Hall. But Anson helped keep the game segregated and refused to play with Blacks. Rogers Hornsby finished with a career average of .358. He feuded with management, gambled and was surly. Ty Cobb is said to have been one of the most repulsive persons to ever step into a batter’s box. And, don’t think for a moment that some of Curt Schilling’s views don’t curtail his chances for induction.

The debate about Bonds, Clemens, Sosa, McGwire — and yes, Rose and Jackson — are now a part of baseball lore.

And part of that lore evolved on March 17, 2005 — the day Congress fired a brushback pitch at the national pastime.