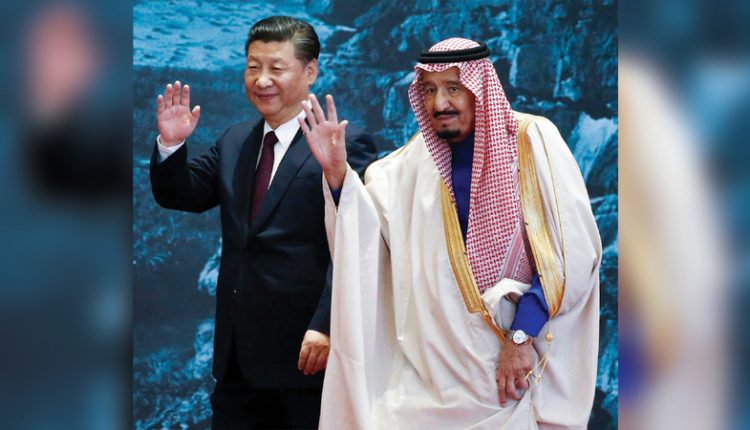 SPA added that during this visit, a Saudi-Chinese summit will be held, chaired by the Custodian of the Two Holy Mosques King Salman bin Abdulaziz Al Saud and the President of China, with the participation of Crown Prince Mohammed bin Salman.

And the Saudi Press Agency said that the visit comes “at the kind invitation of the Custodian of the Two Holy Mosques, King Salman bin Abdulaziz Al Saud, and to strengthen the historical relations and the distinguished strategic partnership that brings Saudi Arabia together with China.”

During the two summits with Arab leaders, “ways to strengthen joint relations in all fields, and prospects for economic and development cooperation” will be discussed, “based on the distinguished relations between the countries of the Cooperation Council for the Arab Gulf States and the Arab countries” with China, according to the agency.

China occupied the position of the first trading partner of the Kingdom for the last five years, as it was the first destination for the Kingdom’s exports and foreign imports since 2018, as the volume of intra-trade amounted to 309 billion riyals, in 2021.