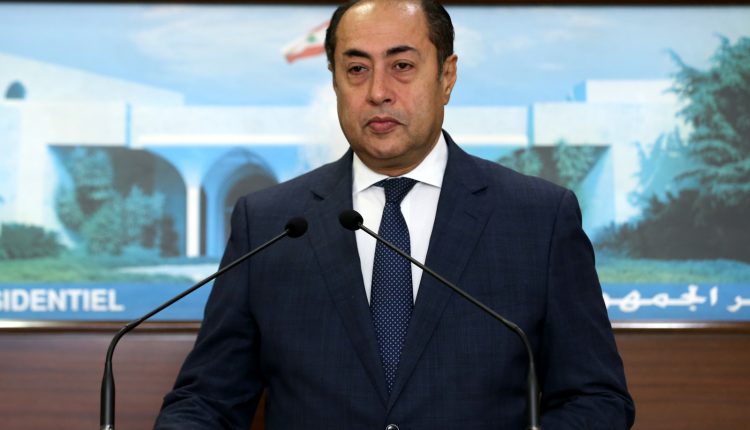 Today, Friday, the Assistant Secretary-General of the League of Arab States, Ambassador Hossam Zaki, called on Lebanese politicians for more consultations to reach understandings about the presidential entitlement.

Zaki’s statements come after his meeting with the caretaker prime minister, Najib Mikati, at the Grand Serail. The Assistant Secretary-General of the League of Arab States, Ambassador Abdel Rahman Solh, participated in the meeting, according to a statement issued by the official website of President Mikati.

After the meeting, Ambassador Zaki said, “We reiterate the Arab League’s interest in Lebanon and its support for it in all important occasions, especially as it is on the verge of an important presidential entitlement. Yesterday I had a tour of the heads of the main blocs in Parliament, the Free Patriotic Movement (Lebanese Forces), the Phalanges, the Progressive Socialist Party and the Amal Movement.”

After his meeting with the President of the Lebanese Republic, General Michel Aoun, in Baabda, today, Friday, Zaki confirmed that the Arab League supports and supports Lebanon’s rights in its lands and waters.

In response to a question about the issue of demarcation of the maritime borders, which takes place through the American mediator, Zaki said, “Our position is clear and is represented in full support for Lebanon in the agreement, its goals and what it is doing to preserve its rights, and we have previously announced this before, and I affirm it again now. The League supports and supports the Lebanese rights in the territories.” Lebanon and its waters, and it stands by its side in this matter.”

He explained that his visit to Beirut “falls within the framework of the League’s interest in the Lebanese situation, especially with regard to the presidential election and the positions of the Lebanese parties regarding it, stressing the importance of electing a new president of the republic and the necessity of everyone’s cooperation to achieve this goal.”