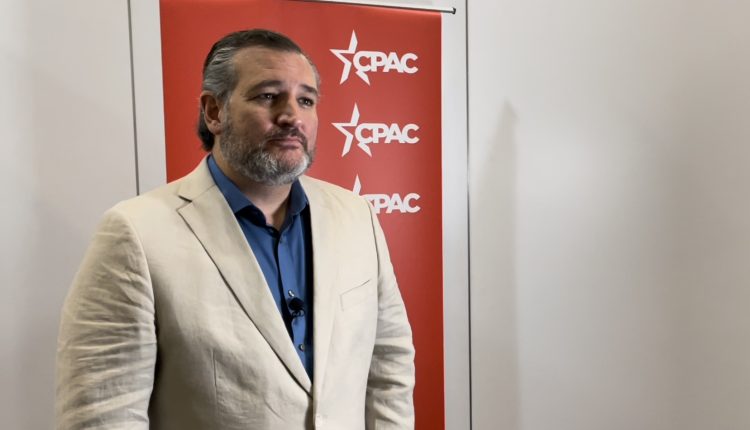 Cruz was asked by Fox News Digital Friday about remarks recently made by a Missouri Senate candidate urging him to mount a run against Minority Leader Mitch McConnell, R-Ky., for the Senate leadership.

“Between now and Election Day, I’m spending virtually every day on the road campaigning for Senate and House candidates,” Cruz said during an interview at the Conservative Political Action Conference (CPAC) in Texas.

“I think we’re going to retake both houses, and once we have the majority, we need to do something with the majority.”

Cruz has broken with McConnell on several high-profile pieces of legislation, from infrastructure to gun control.

“We need to actually stand up and lead and deliver,” said Cruz. “The best way to make sure that Republican leadership is strong and conservative is to elect strong conservatives to the conference that demand that of our leadership.”

When asked by Fox News Digital if he viewed McConnell as a “strong conservative,” Cruz said that would be determined at a later date.

“That’s going to be a decision for another day. What I’m focused on right now is winning the majority and electing strong conservatives,” said Cruz. “If we do those the rest will take care of itself.”

Mitch McConnell asked Sen. John Cornyn to talk with Democrats about gun legislation, saying he was “hopeful” something would come out of it.
(AP Photo/J. Scott Applewhite)

Cruz has endorsed several high-profile Senate candidates this cycle. While not all of those candidates have succeeded, some, like Missouri Attorney General Eric Schmitt have proven successful.

Schmitt, who is vying to replace retiring GOP Sen. Roy Blunt, has ruled out supporting McConnell for another term as the Republican leader.

McConnell, who has helmed the Senate Republican Conference since 2007, is a respected legislative tactician. The Kentucky Republican, however, has supported votes that have split the GOP conference.

In June, McConnell and 14 other Republicans voted with every single Senate Democrat to advance bipartisan gun legislation. On that measure, the majority of Senate Republicans — 33 of them — lined up in opposition.

“The European Union will only regain a…

Cuba: end of the fire of an oil depot,…

United Kingdom: where did Boris Johnson…

“To protect the high seas, the…