Talks continue to extend the armistice in Yemen 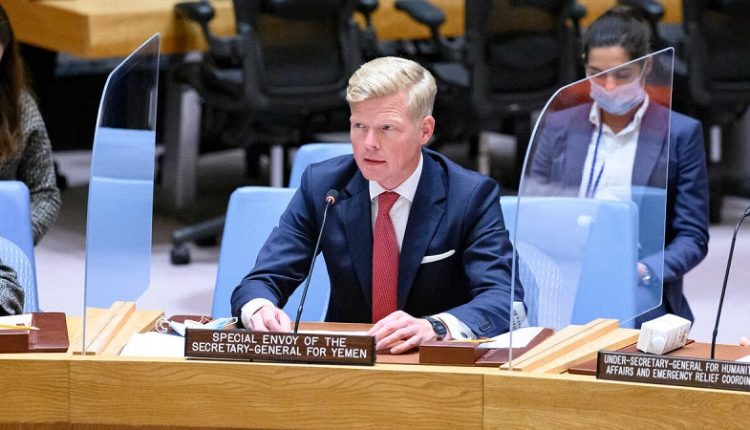 Well-informed Yemeni sources revealed that there is a preliminary approval from the Yemeni government on the proposals to extend the truce sponsored by the United Nations in Yemen, for an additional period; With reservations for the proposed period.

The sources stated that there is a government reservation about the proposed 6-month extension period, noting that discussions are continuing between all parties to determine the duration and items that need to be implemented urgently and quickly to achieve the goals of the extension and expand the truce to include other areas that serve Yemenis.

The sources indicated that there is broad international and regional support for extending the armistice in Yemen, and moving to advanced stages of work to achieve its goals on the ground, especially with regard to the payment of salaries and the expansion of flights to Sanaa airport and the port of Hodeidah, and the opening of Taiz roads, as well as work in the economic, relief and humanitarian fields in particular. regarding the release of prisoners.

Earlier, the UN envoy to Yemen, Hans Grundberg, said that the United Nations presented to the various parties a proposal to extend the truce as long as possible, adding: “We are waiting for the Yemeni parties to respond to our proposal, and it is necessary to have a constructive approach between all.”

He continued, “The armistice was a great achievement, and we hope to reach a final solution and a permanent ceasefire that ends the war in Yemen, and we cannot reach results if there is no political will on the part of the Yemeni parties, and this is necessary for success.”

On the ground, the commander of the Fifth Brigade Defense of Shabwa, Brigadier General Musaed Al-Harthi, survived an assassination attempt following an armed ambush that targeted his convoy, in the Markha district of Shabwa governorate, and a security source confirmed the injury of a number of Al-Harthi’s escorts in the attack.

On the other hand, two children were killed and 17 civilians were injured, during the past two days, as a result of the explosion of a number of mines planted by the Houthi militia in earlier times in the governorates of Al-Hodeidah, Saada, Al-Bayda and Al-Jawf, according to the Yemeni Observatory for Demining.

Chinese President: My visit to Saudi Arabia will open a new era for relations