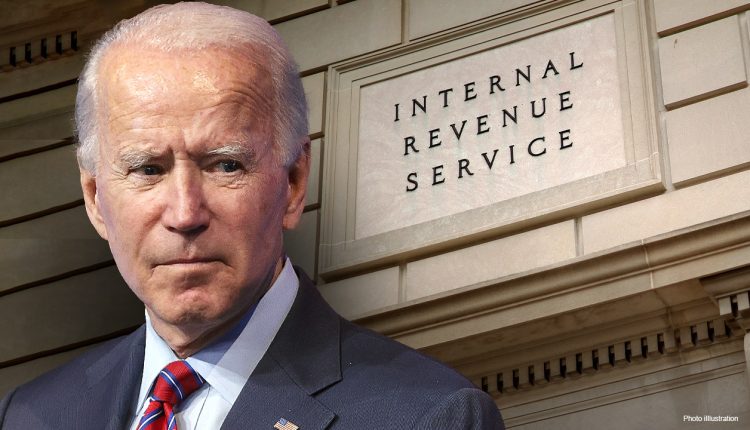 Republicans plan to launch immediate oversight of the Internal Revenue Service if they win control of the House of Representatives.

Three Republicans vying to lead the House Ways and Means Committee, which has jurisdiction over tax and trade policy in the House, each told Fox News Digital that shining a light on the IRS’s conduct and practices is a top priority.

“Democrats have invested $80 billion into the agency to hire 87,000 new IRS agents,” said Rep. Vern Buchanan, a Florida Republican who is the most senior member of the committee seeking the gavel. “Everyone is worried about what these IRS agents will do, and we’re committed to holding the agency accountable.”

That view was shared by the other two GOP lawmakers competing for the top spot on the committee: Reps. Jason Smith of Missouri and Adrian Smith of Nebraska.

Republicans are planning to launch immediate oversight of the Internal Revenue Service starting next January if they win control of the House of Representatives.
(Photo by Chip Somodevilla/Getty Images  |  Photo by Alex Wong/Getty Images)

Jason Smith, who is thought to be in a close contest with Buchanan for the top committee spot, argued that even without President Biden’s administration pouring money into the IRS, it would still be a prime target for oversight.

If they take the majority, Republicans are not just looking to hold hearings and generate news coverage. House Minority Leader Kevin McCarthy, R-Calif., has pledged that the first bill Republicans will vote on in January is one written by Adrian Smith to slash funding for the IRS.

“I think it’s important that we strategically lay this out in a way that we can get some results through legislation to prevent these bad things from happening again,” said Adrian Smith.

“Everyone is worried about what these IRS agents will do, and we’re committed to holding the agency accountable,” said Rep. Vern Buchanan.
(Photo by Chip Somodevilla/Getty Images)

Republicans were quick to note that the Ways and Means Committee would investigate more than just the hiring of additional IRS agents. They said the panel would seek answers as to why the IRS is still bogged down by a document backlog that had caused delays in issuing tax refunds.

“People are claiming the IRS is using equipment from the 1970s to process returns,” said Buchanan. “Issues like that are ripe for oversight. So is the level of fraud and taxpayer waste stemming from the agency.”

Outside of IRS oversight, Buchanan and the two Smiths said fighting Chinese aggression is another top priority. Republicans want to use the committee’s power over tax and trade policy to block companies controlled by the Chinese Communist Party from receiving taxpayer subsidies.

“We need strong oversight over woke corporations that have shed their American identities and become beholden to China,” said Jason Smith. “These companies are still demanding handouts from American taxpayers and preferential tax treatment.”

“We’ve been talking about China stealing our technology for 20 years,” said Buchanan. “It’s still going on today, I think there’s a lot of appetite to crack down on China.”

The top GOP spot on the Ways and Means Committee became open when Rep. Kevin Brady of Texas opted to retire. Lawmakers on the panel were thrown for another loop when Brady’s presumed successor, Republican Devin Nunes of California, resigned last year to take a job with former President Donald Trump’s media company.