Raphael Warnock rails against Herschel Walker in statewide tour kickoff: ‘You actually have to know stuff’ 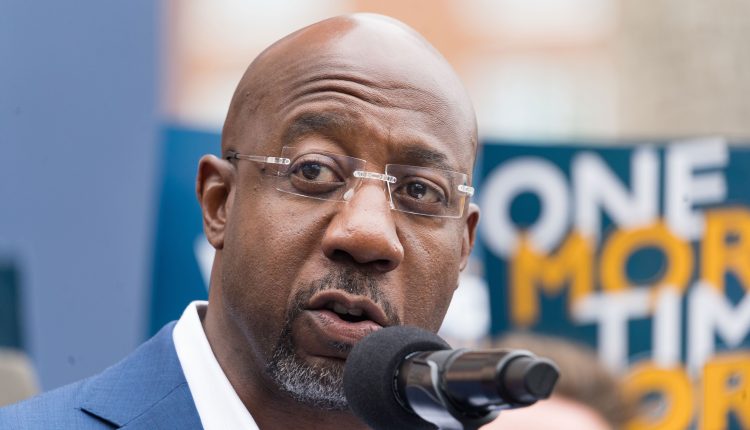 Speaking to a crowd of about 75 supporters in Fort Valley, Georgia, one of the first stops on his “One More Time” tour, Warnock attempted to paint Walker as “not a serious person” and implored Georgia voters to show up to the polls despite Democrats already securing a slim majority in the Senate.

“There could not be a more stark contrast on the matter of competence and the matter of character, and he fails on both accounts,” Warnock said of Walker.

Democratic Georgia Sen. Raphael Warnock speaks to supporters at a rally in Fort Valley, Georgia, on Nov. 17, 2022, ahead of the December runoff election against Republican Herschel Walker.
(Brandon Gillespie)

Acknowledging that Democrats have already assured their continued Senate majority even if he should lose, Warnock said the race is more about which candidate will represent the millions of people in Georgia for the next six years.

He also touted his support for an insulin price cap bill that has not been voted on, and he mocked what he said was Walker’s opposition to the bill.

“My opponent said people just need to eat right. That’s what he said. I’m only telling you what he said. He’s running for Senate, and he doesn’t know that you can eat right and still have diabetes,” Warnock said.

Warnock was referencing statements made by Walker during the October debate between the two. He didn’t mention, however, that Walker also said he believed in reducing insulin costs.

Walker is on his own statewide “Evict Warnock Bus Tour,” which included a stop in Savannah, Georgia, on Thursday, and will end the week near Atlanta before heading to west Georgia next week.

Warnock will conclude the week in Atlanta. His stops for next week have not yet been announced.

The runoff election will be held on Tuesday, Dec. 6.