Putin: Russia will continue its strikes on the Ukrainian energy infrastructure 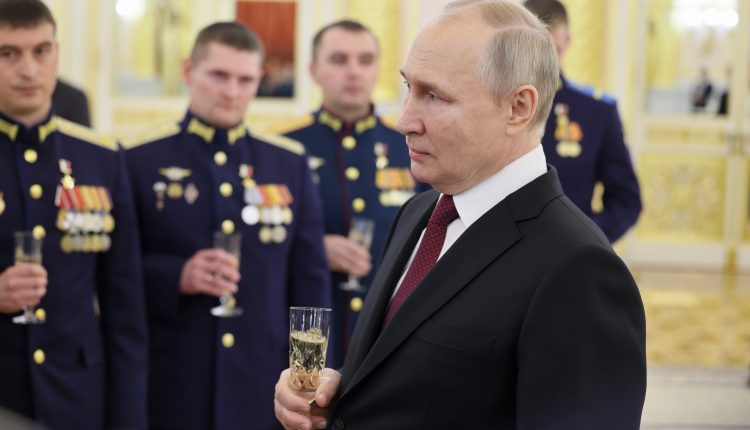 Russian President Vladimir Putin confirmed today, Thursday, that his country will continue its strikes on the Ukrainian energy infrastructure, which was previously hit by missiles, causing major power and water outages with low temperatures in winter.

Putin said on the sidelines of a medal-giving ceremony in the Kremlin, “Yes, we are doing it, but who started it?”, considering that these bombings are a response to an explosion that damaged the Crimean bridge built by Russia, and other attacks attributed by Moscow to Kiev.

Putin also blamed Kiev for “blowing up the power lines of the nuclear power plant in Kursk,” a Russian region on Ukraine’s border, and “not providing water” to the breakaway, pro-Russian Donetsk region in the east of the country.

“Not providing water to a city of one million people is an act of genocide,” he said, accusing Western countries of turning a blind eye to the actions of Ukrainian officials.

“On our part, as soon as we do something in response, the clamor spreads throughout the universe,” he added.

“This will not hinder us from carrying out our combat missions,” he added.

Since the attack on the Crimean bridge in October, Russia has stepped up its firing of rockets at civilian energy infrastructure, cutting off electricity and even water and heating for millions of Ukrainians as winter approaches.

Ukraine’s electricity company, Okrinergo, confirmed that the electricity grid was still suffering from a “significant deficit” on Thursday, after the latest Russian strikes on Monday.