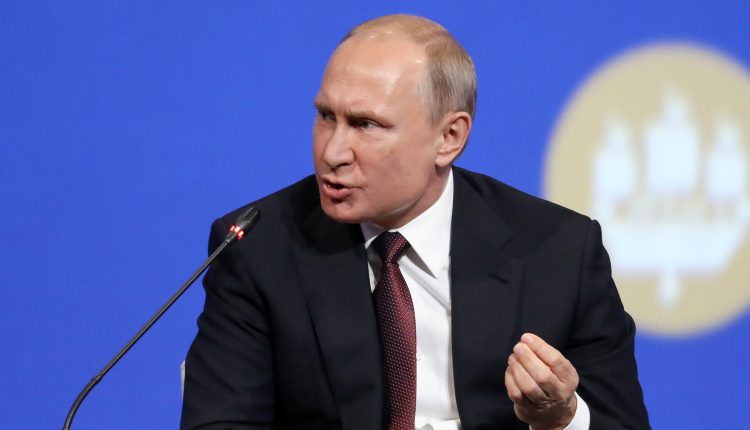 President Putin added, “The largest country in Europe, the economic giant, the Federal Republic of Germany, and the Soviet Union legally concluded the treaty to end the occupation… After World War II, Germany, as you know, was divided into 4 sectors: American, British, French, and Soviet.”

He explained, “The Soviet Union formalized the termination of its presence in it, but the United States did not do so. Strictly speaking, legally and practically, there are American occupation forces on the territory of Germany.”

He continued, “Soviet troops were in Austria, but they left voluntarily. Russia, as the successor of the Soviet Union, was the guarantor of the constitution of the Republic of Austria and the guarantor of the neutral status of the Republic of Austria. In general, many ordinary citizens of Austria know this, and are grateful to Russia for such The situation. As for other European countries, the situation is complicated.”

Putin pointed out, during an interview with the students, that Europe will regain its sovereignty sooner or later, but it seems that it will take some time.

Putin emphasized: “The aim of the Russian special military operation is to protect Russia and its population from any threats from neighboring lands, which are its historical lands.”

He noted that “the goal, as I have said many times, is to protect people, first of all, to protect Russia itself from the threats, which they are trying to create in our neighboring historical lands. We cannot allow that.”

Putin continued, saying: “Ukrainian nationalists do not reckon with anything, they holed up behind civilians and shoot behind their backs.”