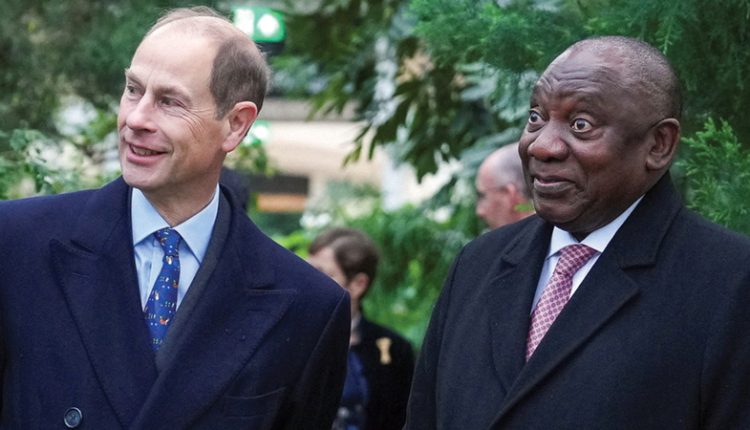 Prince Edward appeared at the first official reception for a foreign leader during the reign of his brother, King Charles III, accompanied by South African President Cyril Ramaphosa on Wednesday. In the morning, he started a tour with the African guest in the Royal Botanic Gardens. The duo took a half-hour trip from Buckingham Palace to highlight the scientific and environmental conservation partnerships in which the two countries participate, especially the Millennium Seed Bank partnership.

Prince Edward and President Ramaphosa inspected the gardens’ world-renowned plants, including the protea, the national flower of South Africa. To celebrate the next phase of the Millennium Seed Bank partnership, a buried underground sample of 2.4 billion diverse seeds is being preserved for future use, the station also featured a celebratory seed display.

Prince Edward’s solo outing with a foreign head of state is a nod to the high royal role he might play during his brother’s reign. And last week, King Charles III asked the British Parliament to accept the appointment of Prince Edward and Princess Anne as Counselors of State. These royal representatives could deputize for the king on official duties if he was out of the kingdom or ill. Prince Edward and his wife, Countess Sophie, were also chosen to represent the royal family during an important event next month. On December 1, the couple will attend the annual Royal Art Show, as guests of honor for the evening.

• Prince Edward’s solo outing with a foreign head of state, an indication of the high royal role he might play during his brother’s reign.