Pompeo describes the head of the teachers’ syndicate as “the most dangerous person in the world.” 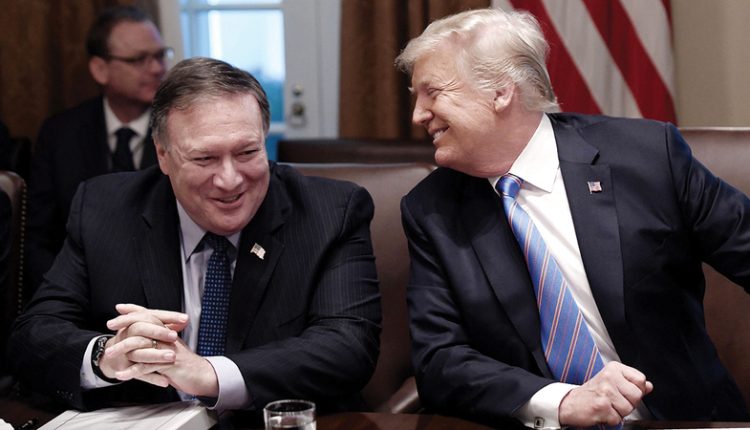 As Director of the CIA under Donald Trump from January 2017 to April 2018, and Secretary of State for nearly three years thereafter, Mike Pompeo was privy to the most serious national security issues facing the United States at any given moment.

Now, 22 months after he left his last job, what would Pompeo say about the greatest threat to America today? The answer may surprise many, except for people who have been brainwashed by right-wing extremists.

According to the former CIA director, “the most dangerous person in the world” is not the North Korean dictator, who just last week launched “an intercontinental ballistic missile and demonstrated the ability to launch nuclear strikes on all parts of the United States,” nor is he the country’s leader. Which the Pentagon said, last month, is the greatest threat to the United States. Instead, he is the “President of the Teachers’ Federation.”

In response to Pompeo’s claim, the president of the American Teachers’ Federation, Randy Weingarten, tweeted, “I know Mike Pompeo may run for president, and frankly I don’t know whether to comment on his characterization of me as ridiculous or dangerous,” continuing, “At the State Department, Pompeo defended Tyrants have undermined Ukraine. He was more focused on pleasing Trump than defending freedom, national security and democracy.”

And let me make it easy for you, Mike: We fight for freedom and democracy, and an economy that works for all, and we fight for what children and communities need, public schools, Strong, safe, and welcoming, children learn how to think and work with others. And this is the American dream!” He said that the teachers’ federation is fighting this kind of rhetoric and hate, and called on Pompeo to spend some time in a classroom with teachers and their students “and you will get a real lesson in America’s potential.”