North Korea orders its army to be alert “at all levels” 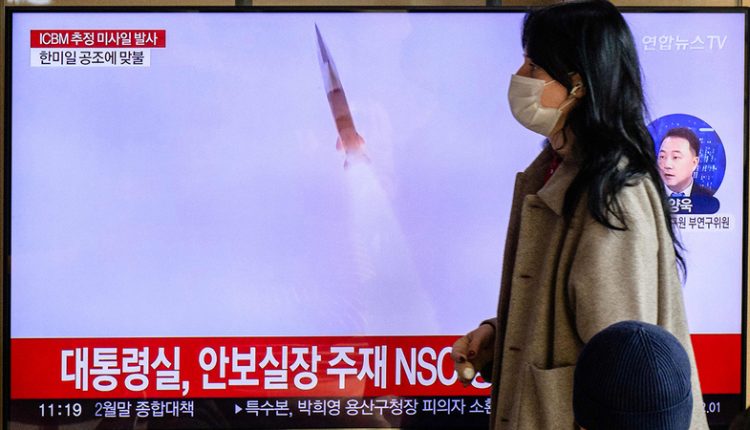 North Korea said yesterday that it had ordered combat units to be on alert at all levels, and also ordered military units to fire more artillery shells into the sea, according to the official North Korean Central News Agency, in response to the ongoing maneuvers in South Korea with the participation of the United States, while it confirmed Japan and South Korea need to cooperate in confronting Pyongyang’s “provocations”.

This comes a day after North Korea announced that it had fired more than 130 shells into the sea off its eastern and western coasts, some of which landed in a buffer zone near the maritime border between the two Koreas. Seoul described it as a violation of the 2018 inter-Korean agreement to reduce tension.

US and South Korean forces have been conducting live-fire exercises near the border since Monday. Allies say the exercises are necessary to deter nuclear-armed North Korea, which has tested a record number of missiles this year and is preparing to resume nuclear tests for the first time since 2017.

Pyongyang has sharply criticized the joint drills, describing them as provocative and evidence of the hostile policies of Seoul and Washington.

“The enemy must immediately stop provocative military operations in the area near the front lines,” the KCNA news agency quoted a North Korean military spokesman as saying.

The spokesman said that in addition to artillery fire, the North Korean military issued an emergency alert order to combat units at all levels and ordered soldiers to intensify surveillance.

This comes at a time when the ambassadors of Japan and South Korea to the United States said, on Monday, that their countries should work closely together at the bilateral and also trilateral levels with the United States to deal with various challenges such as North Korea’s “provocations” and the flexibility of the supply chain.

Chu’s remarks came while speaking at a symposium titled “Trans-Pacific Dialogue” at a resort in Virginia, which was attended by the Japanese ambassador to the United States, Koji Tomita, and others.

The Japanese ambassador said, “Security remains our main issue, which is shown by the threat posed by the DPRK,” referring to North Korea. Pyongyang fired a new record of 63 ballistic missiles this year, far exceeding the previous annual record of 25.

“North Korea’s provocations are the reason the three countries have intensified efforts to enhance their capabilities, as well as improve the US’s extended deterrence,” Tomita said. “But I also look forward to deepening our political dialogue to achieve greater security agreement,” he added.