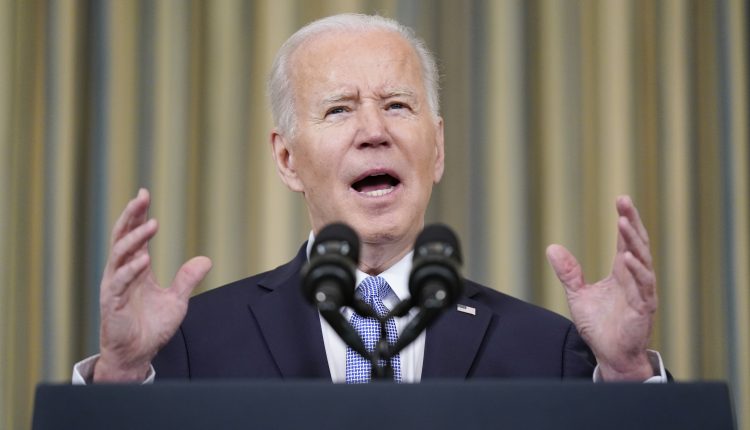 FIRST ON FOX: A new website is spotlighting the rich and powerful officials swinging through the Biden administration’s revolving door.

“Since Joe Biden took office less than a year-and-a-half ago, the American people have faced one crisis after another,” Inside Biden’s Basement Communications Director Derrick Hollie told Fox News Digital. “Record gas prices are met with callous disregard and the advice to buy a Tesla.”

“The President’s statements are constantly being ‘walked back,’ leading many to wonder who’s actually in charge?” Hollie continued. “Well, Inside Biden’s Basement is now available to expose the officials responsible for driving America into a ditch.”

“Bookmark our site and visit it often as we come out with new analysis and hard-to-obtain public records bringing transparency to a dark time in American history,” the former Trump administration official added.

Hollie said the website is updated weekly with new information and some officials listed are registered foreign agents, as well as special government employees.

“Wondering who is running your government? Inside Biden’s Basement you can: Find thousands of personnel records for Biden Administration staffers,” the website reads. “Use our database to search for them by name, former employer, and agency.”

“Discover their links to outside special interest groups with business in front of the government, how many of them are political insiders passing through the revolving door, and which ones have amassed fortunes most of us can only dream of,” the website continues.

InsideBidensBasement.org also features a basement with facts about the Biden administration revealed by shining a flashlight on visual gags, like a nonfungible token (NFT) from the popular Bored Apes Yacht Club brand.

The database also contains information on hundreds of Biden administration officials from agencies across the executive branch.

Inside Biden’s Basement is an organization stemming from the Transparency Action Fund, a 501(c)4.

Hollie himself is a former Trump administration official who previously served in the Department of Transportation.

The Biden White House has long pushed the current administration is a paragon of government ethics, but the tale of the tape tells a different story.

One example of the Biden administration facing ethics scrutiny is the way in which Anita Dunn, an adviser to the president, has cycled in and out of the White House. Dunn is currently on her third stint in the West Wing and has yet to file her financial disclosure form.

Dunn’s return to the White House sparked an ethics complaint from the government watchdog organization the Foundation for Accountability and Civic Trust (FACT), as well as saw her slammed by former President Barack Obama’s ethics chief Walter Shaub earlier this month.

Shaub called Dunn’s “third rotation through the White House is an ugly sign of business as usual in Washington.”

“Like many past administrations, this one is all too comfortable inviting influence peddlers through the revolving door, and in Dunn’s case that door is locked in a high-speed spin cycle,” Shaub said in a statement. “The last two times they set her pay below the threshold for public financial disclosure and a host of ethics requirements, despite her outsized influence, showing that they view ethics as merely a set of technical rules to be gamed.”

“Biden may have achieved his goal of being more ethical than Trump, but that’s a low bar and I don’t think ethics is in the top 999 things he cares about,” the former Obama ethics chief added.

Another ethics pitfall that faced the Biden administration was Energy Secretary Jennifer Granholm’s financial interests in electric vehicles while promoting them in her official capacity as a Cabinet secretary.

Still, as the administration marches forward in Biden’s first term, government ethics does not appear to be at the forefront of the president’s mind.

Houston Keene is a politics reporter for Fox News Digital.  Story tips can be sent to [email protected] and on Twitter: @HoustonKeene